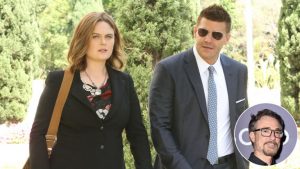 By Eriq Gardner | In a long-running legal battle over profits from the David Boreanaz-Emily Deschanel hit, an arbitrator’s stunning decision calls out top executives Peter Rice, Dana Walden and Gary Newman and could alter the economics of hit shows in the streaming era.

In December 2017, Rupert Murdoch stunned Hollywood by announcing the sale of most of 21st Century Fox to Disney. “A momentous occasion,” Murdoch called the $71.3 billion deal, which came as digital streamers were disrupting the entertainment status quo. Netflix and Amazon Prime may now be just as important as broadcast television ever was. Meanwhile, the old studio vanguard has slowly embraced digital waters — dipping their toes in first with Hulu before making plans to launch Netflix competitors such as Disney+ and WarnerMedia. This coming era of vertically integrated businesses delivering content directly to consumers online wasn’t in the cards for the elder Murdoch. And maybe that’s for the best, given a stunning new $179 million award handed down by an arbitrator.

The decision, made earlier this month but until now a secret, pertains to the Fox-produced series Bones, which starred David Boreanaz and Emily Deschanel and ran on the Fox network between 2005 and 2017. But the 66-page ruling by arbitrator Peter Lichtman, who concludes Fox executives lied, cheated and committed fraud at the expense of the show’s stars and executive producer Barry Josephson, is about a whole lot more. The nearly $200 million award amounts to the second-largest in television industry history, after a 2011 jury verdict punishing Disney to the tune of $319 million over profit-sharing for Who Wants to Be a Millionaire? It will not only put Murdoch’s Fox sale in a whole new light, but may also raise questions about the future viability of Hulu, plus any platform enjoying what’s pejoratively known as “Hollywood accounting.” The ruling also comes as the D.C. Circuit Court of Appeals has allowed to stand another mega-merger between AT&T and Time Warner, an example of vertical integration between a distributor of content and a producer.

In coming to a decision, Lichtman describes how some of Fox’s top executives, including 21st Century Fox president Peter Rice and Fox TV CEO Dana Walden (soon to be top executives at Disney) plus Fox TV chairman Gary Newman (leaving Fox) “appear to have given false testimony in an attempt to conceal their wrongful acts.” According to the ruling, Fox has taken a “cavalier attitude toward its wrongdoing” and exhibits a “company-wide culture and an accepted climate that enveloped an aversion for the truth.”

Slamming the company with a punishment that includes $128 million in punitive damages — or five times the amount of compensatory damages — Lichtman points out that the award is 0.6 percent of 21st Century Fox’s stipulated net worth.

He muses whether it’s really enough.

“In fact, one could question whether a five to one ratio given Fox’s financial condition and lack of contrition serves to deter the wrongful conduct at issue here, or whether it will be considered part of the cost of doing business,” writes the arbitrator.

“What we have exposed in this case is going to profoundly change the way Hollywood does business for many years to come,” says John Berlinski, who represented the actors and Kathy Reichs — a forensic anthropologist who authored the Temperance Brennan novels that formed the basis for the series — in the case.

Dale Kinsella, on behalf of Josephson, filed a petition Wednesday to confirm the arbitration award.

Fox vehemently disagrees with the decision. The company has now tapped star litigator Daniel Petrocelli, fresh off a win defending the AT&T/Time Warner merger, in an attempt to overturn it.

“The ruling by this private arbitrator is categorically wrong on the merits and exceeded his arbitration powers,” reads a statement from 21st Century Fox. “Fox will not allow this flagrant injustice, riddled with errors and gratuitous character attacks, to stand and will vigorously challenge the ruling in a court of law.”

“Peter Rice and Dana Walden are highly respected leaders in this industry, and we have complete confidence in their character and integrity,” Bob Iger, chairman and CEO of The Walt Disney Co., said Wednesday in a statement. “Disney had no involvement in the arbitration, and we understand the decision is being challenged and will leave it to the courts to decide the matter.”

Genesis of the Dispute

Back in 2015, those involved in getting Bones off the ground including Josephson, Boreanaz, Deschanel and Reichs filed lawsuits in California state court claiming they had been defrauded by Fox of their rightful profit participation. The complaints called out Fox’s “leading role in the well-documented history of Hollywood accounting scandals,” referencing past litigation over M*A*S*H, The X-Files, NYPD Blue and Cops, and took issue with “sweetheart” self-dealing between Fox’s studio and network arms as well as Hulu, in which Fox had a 30 percent stake. The procedural drama took in nearly half a billion dollars in its first seven seasons — Josephson even says James Murdoch once told him that Bones was “perhaps the most profitable show in Fox’s history” — but the series was calculated to be a money loser. That meant no profits to share with Josephson and others.

Upon the filing of the lawsuits, there were immediate worries by Bones fans that the series would be quickly canceled, but the show survived another couple of seasons. Meanwhile, the executive producers and leading actors were forced to arbitrate the matter, and the case quickly faded from the limelight.

But along with other profits fights over long-running hit shows — among them, AMC’s The Walking Dead, Disney’s Home Improvement and Warner Bros.’ Supernatural — the dispute raised a big question about whether profits could ever be expected when one arm of a corporation is making deals with another arm. That’s because the studio is responsible for selling the show on the open market, and after collecting this money and deducting the cost of production, the studio sends out checks to those entitled to a share of profits. If expenses outweigh income, the show runs a deficit. But that doesn’t necessarily mean the show isn’t making good money — at least, for someone, elsewhere.

It’s possible that the studio just isn’t charging enough for rights to exhibit the show, whether it’s streamed online or broadcast on a television. Streaming platforms hawk subscriptions. Television networks sell advertisements and take in additional revenue from cable and satellite companies. Such money doesn’t directly go to profit participants. So if a studio is within the same corporate structure as a streamer or broadcaster, an underhanded way for the parent company to derive the spoils from a show (to the detriment of executive producers and stars) may be to undercharge licensing fees to its sister companies.

That’s exactly what the Bones profit participants alleged was happening.

“An Accomplice to Fraud”

In arbitration, Fox attempted to justify the low license fees that Fox Broadcasting, Hulu and Fox’s foreign affiliates were paying its studio division for rights to air the series.

“Bones was a middling show with middling ratings,” wrote Fox’s lawyers in an opening brief, adding that a higher fee from the $2 million per episode paid would have led to the show’s cancellation.

As Lichtman discovered in the course of the arbitration, though, Fox’s studio executives were never really interested in finding out the series’ fair market value.
> > > > > > > > > >

Lichtman writes, “The answer is self-evident: The show was not going to be canceled and there never was an intent to do so. The intent was to continue with the show and at the same time bar any chance for a lawsuit to be brought.”

As such, the arbitrator declares the releases of Josephson and Reichs to be voided.

Arguably, the most consequential aspect of the arbitrator’s decision pertains to Hulu, the VOD service co-owned by Fox, Disney, Comcast and other studios. In his decision, Lichtman addresses digital rights given to Hulu.

As far back as 2010, some TV creatives suspected they were being cheated out of compensation via the deals networks and studios had struck with Hulu. For instance, at a conference that year, Modern Family co-creator Steve Levitan was asked whether he was seeing money from the estimated 2 million people watching the show each week on Hulu. His response: “Nobody’s crying for us, but not yet. It’s very confusing because we can’t get any answers. It’s not me saying [networks and studios] are cheating us or stealing from us. But I question the ultimate wisdom [of having the show on Hulu].”

With the success of platforms such as Netflix and Amazon Prime, there is now a healthy market for old and current seasons of TV shows. Nevertheless, Hulu persists, and its backbone is recently aired content.
> > > > > > > > > >

Despite protestations from Fox throughout the years and in arbitration that paying more for Bones would have resulted in its demise, the arbitrator finds there’s no evidence that the broadcaster ever canceled a top 20 hit like this show, and with further word that Bones was driving significant profits for Fox’s parent company, Lichtman finds, “Had Fox performed its contractual obligations, it would have looked to [Universal-produced] House as the comparable program, negotiated fairly, and paid the license fee accordingly.”

He finds nearly $114 million would have been added to the gross receipts of Bones for its exploitation on network television, which would have resulted in about $15.5 million in profit payments to the executive producers and stars. About $7 million in damages is then tacked on for the way the series was undersold in the U.K., Italy and Spain.

But that’s all peanuts compared with the whopping award for Fox giving Hulu the rights to Bones.

The arbitrator runs through expert analysis — for example, based on the comparable benchmarks of what CBS got for Elementary, Blue Bloods and CSI, he concludes that Bones should have been deriving a current episodic fee of $685,000 on Hulu — and ultimately, he gets to $10.1 million in actual damages.

“This is a tremendous victory for the Bones profit participants who created and starred in the longest-running drama series to air on the Fox network,” says Kinsella. “Fox’s fraudulent conduct toward the series’ creators and stars, perpetrated over many years, has finally been brought to light, and Fox has been held accountable for its actions.”

Fox’s side — handled in arbitration by Munger Tolles & Olson, but now being led by O’Melveny’s Petrocelli — is seeking a vacatur of the punitive damages aspect of the award in its own petition. In other words, Fox doesn’t intend to contest the $50.2 million in actual damages award, only the $128.5 million tacked on.
> > > > > > > > > >
As the next stage of the Bones fight occurs, the industry will have to come to grips with the fallout from this arbitration decision and what amounts to an unmistakable warning to others. That includes Comcast, which can assert a stronger hand in Hulu’s affairs now that the conditions on its 2011 merger with NBCUniversal have expired. That includes AT&T, which can complete its acquisition of Time Warner after the Justice Department unsuccessfully sought to block the $85 billion deal on antitrust grounds. (In that big case, the government focused on prospective harm to consumers from the merger, virtually ignoring the possibility that future self-dealing would harm those in the creative community.) That includes AMC, which both produces and distributes The Walking Dead and is now facing a trial next year with a claimed $280 million in damages for allegedly cheating profit participants who say they have provisions in their contracts to guard against unfair affiliate dealmaking.
> > > > > > > > > >