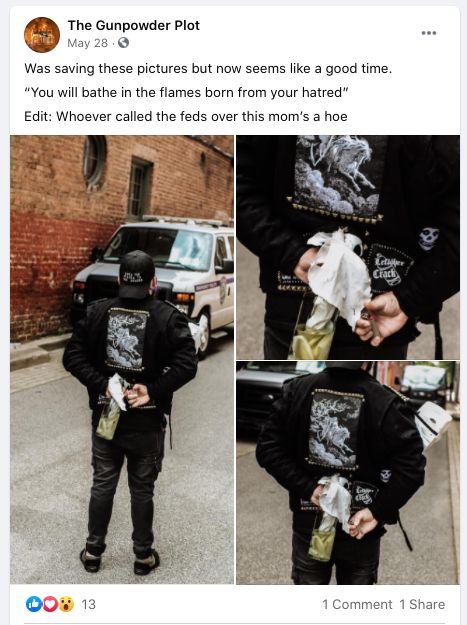 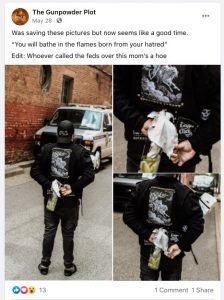 Gunpowder Plot: Images posted on The Gunpowder Plot’s Facebook page led to a federal charge against the band’s bassist.

By Ryan J. Reilly, Huff Post | A federal judge in Tennessee on Friday rejected a federal prosecutor’s attempt to keep a bassist locked up in jail for months over a photo shoot for his anarcho-punk band, telling an assistant U.S. attorney that the federal government can’t keep someone incarcerated before trial simply because that person exercised his First Amendment rights on Facebook.

It was a deeply embarrassing rebuke for Justice Department prosecutors who decided to charge 29-year-old Justin Coffman under a rarely used federal statute amid President Donald Trump’s campaign against the loosely organized anti-fascism protest movement known as “antifa.”

Coffman, a member of the Jackson-based band The Gunpowder Plot, is facing charges under a federal gun law that makes it illegal for drug users to possess weapons. Coffman was a legal gun owner, but a small baggie of marijuana that law enforcement reportedly found in his home would make gun possession illegal. Federal prosecutors have previously used the charge as a way to lock up alleged white supremacists accused of discussing violent racist plots but whose conduct didn’t offer any clear violation of federal law. 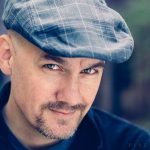 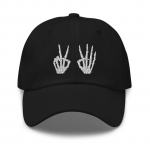