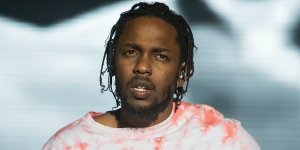 In 2015, Canadian rapper Jonathan Emile released the song “Heaven Help Dem,” featuring a verse from Kendrick Lamar. Not long afterward, the song was hit with copyright takedown notices, and removed from YouTube and SoundCloud. As a result, Emile sued for damages in small claims court against Lamar’s label, Top Dawg Entertainment, as well as distributors Interscope and Universal Music Group. Last month, the court ruled in Emile’s favor, awarding him $8,600 CAD (about $6,400 USD) plus five percent interest, his manager told Billboard.

In the corresponding interview with the publication, Emile explained that he secured Kendrick’s feature after cold-contacting him and his team, and telling them what the song was about. “We paid Kendrick Lamar for a feature, and once we paid them, they basically stopped communicating with us altogether,” he said.

While the song was eventually reinstated, Emile said that he sued “to clear [his] name” because “a lot of folks really did think that the [Kendrick] verse was stolen.” He added that he lost “the momentum to promote the song.” Emile concluded, “We did what we had to do to get the judgment.” [Original article contains a video of “Heaven Help Dem”.]

This story originally appeared on Pitchfork.