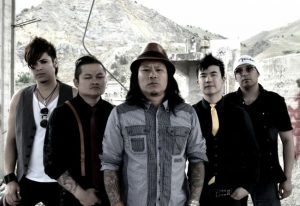 (Reuters) – The U.S. Supreme Court ruled on Monday that a law forbidding official registration of offensive trademarks unconstitutionally limits free speech in a case involving a band called The Slants, an outcome the government has said could lead to a proliferation of racial slurs as sanctioned trademarks.

The court ruled 8-0 in favor of Portland, Oregon-based Asian-American dance rock band The Slants, which had been denied a trademark because the government deemed the name disparaging to people of Asian descent. The band challenged the rejection as a violation of free speech rights under the U.S. Constitution’s First Amendment, winning at the appeals court level before the government appealed to the high court.

The ruling is expected to have a direct impact on another high-profile case involving the National Football League’s Washington Redskins. The team filed a legal challenge to a 2014 decision by U.S. Patent and Trademark Office tribunal canceling its trademarks as disparaging to Native Americans.

After the government rejected The Slants request, band frontman Simon Tam appealed to the U.S. Court of Appeals for the Federal Circuit in Washington, which in 2015 ruled that the so-called disparagement provision of the 1946 law governing trademarks ran afoul of the Constitution’s guarantee of free speech.

Tam has said he chose to call the band The Slants to reclaim a term some consider a derogatory reference to Asian people’s eyes, and wear it as a “badge of pride.” The band’s lawyers have argued that the government cannot use trademark law to impose burdens on free speech to protect listeners from offense.

The federal government, which appealed the appeals court ruling, said in court papers that the government should not be required to approve trademarks “containing crude references to women based on parts of their anatomy; the most repellent racial slurs and white-supremacist slogans; and demeaning illustrations of the prophet Mohammed and other religious figures.”

Writing for the court on Monday, Justice Samuel Alito did not mince words in ruling that the trademark provision is unconstitutional. “It offends a bedrock First Amendment principle: Speech may not be banned on the ground that it expresses ideas that offend,” Alito wrote.

In the separate Redskins case, a trademark board in 2014 canceled the team’s six trademarks at the request of Native American activists on grounds that the team name disparaged Native Americans.

The team’s appeal, also on free speech grounds, was put on hold in the 4th Circuit Court of Appeals in Richmond, Virginia, pending the outcome of The Slants’ case.

Justice Neil Gorsuch joined the court after arguments were heard in the case and did not participate in the decision.

Reporting by Andrew Chung; Editing by Will Dunham

Previous:
BUSINESS NEWS: Rock of Aging is Back! Get Your Tickets Now!
Next:
KUDOS: From Kenny Passarelli: Thank you, Clark Hagan (a COMBO Board Member!)