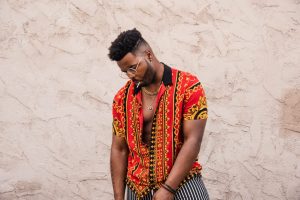 By Alisha Sweeney, CPR | Black History Month has been celebrated all across the country since 1976 to recognize the achievements of African-Americans and their cultural contribution to the United States and beyond. As music fans in Colorado, The Local 303 has chosen to elevate some of our state’s most inspiring and up-and-coming black artists.

The local scene continues to be vibrant with Denver hip-hop icon Trev Rich helping write the song “Elevate” for the Oscar-winning film Spider-Man: Into the Spider-Verse and he has been setting the bar high for local emcees.

Wesley Watkins, who was one of the original members of Nathaniel Rateliff and the Night Sweats continues to perform funk and soul music as The Other Black and is also a member of hip-hop group Wheelchair Sports Camp.

A few years ago Spotify starlet Kayla Rae was named the “Next Queen of Denver R&B” and rock band Flobots have done so much with our community through their own music; in addition to starting up a foundation to help under-represented teens turn their life around through music.

There will be artists that you may be familiar with this month, but we hope a bit of discovery too as we spotlight black Coloradans you need to hear and see, who perform in a variety of genres from hip-hop to funk, soul fusion, and R&B.

About: Adiel Mitchell is a singer/songwriter, dancer, and producer. After achieving success in the pop/R&B duo Two Worlds, the former YouTube star took time to focus on his own sound.

In 2018 he released his debut EP “About Last Night,” a blend of New Jack swing, pop, and R&B. His follow-up “Jungle” EP in 2019 showed off his diverse musical style with a heavy dose of hip hop and rap.

In the two-year run as a solo artist, Mitchell has been nominated for Best R&B Artist in Denver’s Westword Magazine, opened for Amber Mark on her national tour, and performed in several of Colorado’s most prestigious festivals.

Mitchell prides himself on his energetic and interactive live show. With the magnetic allure of Bruno Mars and captivating charisma of Childish Gambino, Mitchell commands the room and seduces the audience with his seemingly effortless charm.

About: Kayla Marque’s musical journey began at an early age, seeing her surrounded by a wide variety of musical influences in her home environment. Included were the stylings of artists such as Michael Jackson, Whitney Houston, Lauryn Hill, Bootsy Collins, and numerous others, whilst equally extensive was the list of musical instruments Marque had practiced with as a child; drum-sets, a karaoke machine, and a baby grand piano, an instrument she remembers less than fondly.

These early experiences with music she credits to her family, from her father, a saxophonist who would often accompany her early musical explorations, to her uncle Larry Dunn, a member of the legendary funk/soul group Earth Wind and Fire. Though surrounded by such a variety of musical influences, Marque at first did not consider herself a musician, pursuing interests in athletics and a degree in psychology.

It was during her time at Colorado State University that Marque first began to rekindle her musical inclination as her interest in her degree waned. Eventually departing the school after one year, Marque then leapt headfirst into music, composing her first song on the very same baby grand piano that was once the source of woe for her 5-year-old self.

From there she has continued forth with singular purpose, with performances beginning at open mic nights and leading her to the stages of the Westword Music Showcase, the iconic Denver Music festival, and going on to be on the cover of the magazine and receiving the award for best singer-songwriter in 2018.

Marque released her first album, 2016’s Live and Die Like This, featuring her ability to perform across a multitude of musical styles with characteristic poise. Now, Marque looks to the future, aiming to double down on this ability with a two-part album “Brain Chemistry” in the works. A synthesis of the myriad styles and concepts that influence her to this day, the project is presented as both a musical and conceptual dichotomy. The Left Brain Marque will deal with “critical, practical, and darker” themes, whilst Right Brain will explore a “colorful, vibrant, and imaginative” attitude. With this creation, Marque centers her focus upon a message of empowerment for those outside of the norm, those for whom she aims to use her music as a medium for positive change.

For Kayla Marque, music is a means of expression that is better when shared, and this is a cause she is set to champion as she sets her sights on the coming years. 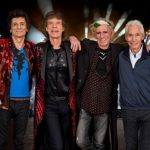