Home NewsNEWS:Colorado Launches Investigation Into the Use of Ketamine in Light of Elijah McClain Case

NEWS:Colorado Launches Investigation Into the Use of Ketamine in Light of Elijah McClain Case 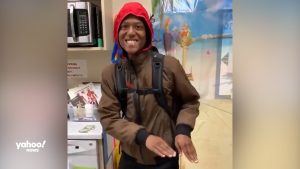 Is this seriously the face of an innocent person? Elijah McClain (photo by his mother)

By Allison Sherry, cpr.org | [Follow up story on the murder of a peaceful musician just walking home from the store.] State officials confirmed Tuesday they launched an official investigation into the use of ketamine in light of the Elijah McClain death last year.

McClain was injected with ketamine by paramedics after police attempted to arrest him last August in Aurora. McClain had been placed by police in a couple of chokeholds and had fainted. After the ketamine administration, he went into cardiac arrest in the ambulance.

The Colorado Department of Public Health and Environment told CPR News it has received “numerous” complaints starting in June about ketamine administration. Officials say they launched a complaint investigation but declined to provide specifics.

State numbers show there have been more than 150 incidents of ketamine complications, and paramedics have administered it 902 times from January 2018 through June 2020.

By Taylor Allen, cpr.org | Toree Byrd, a lifelong Coloradan, is a regular at Black Lives Matter protests this year. Sunday’s car protest is the third one she’s been to so far.

Byrd said she has been a BLM supporter since Trayvon Martin was murdered in 2012 but never went to protests because of her social anxiety. This year, she challenged herself to get out and protest for Elijah McClain. 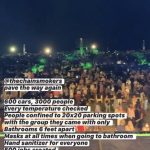 Previous:
NEWS: The Chainsmokers Called ‘straight up irresponsible’ After Crowd Packs in for Charity Concert // NY Concert to be Investigated Over ‘egregious’ Social-Distancing Violations, Cuomo Says 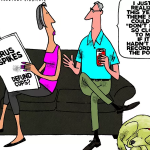