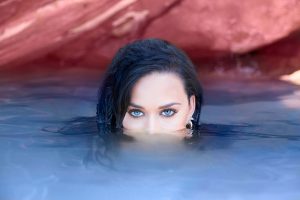 After months of delays, deliberations, and — according to reports — desperation, “American Idol” has finally locked down its three judges.

Luke Bryan and Lionel Richie will join Katy Perry on the judges’ panel, TMZ reported Friday, and producers have no time to waste: Filming officially begins on Tuesday.

Although Bryan and Richie have signed the dotted line, negotiations are still ongoing, and the official announcement could be delayed if their respective legal teams have any outstanding concerns.

The show ran into massive budget concerns after locking down Perry, who famously signed on for a massive $25 million paycheck. She openly talked with press about the big payday, allegedly to the ire of producers, who consequently had major issues getting other artists to sign on for less money.

After some back-and-forth, Ryan Seacrest signed on to host the reboot of the show that made him a household name. That reportedly cost between $10 and $15 million.

Bryan will be making about $13 million, and Richie $10 million, TMZ claimed.