By Lyndsey Parker, Yahoo Music | When legendary songsmith Burt Bacharach came up with the concept for his new social consciousness anthem “The Great Divide” about a year and a half ago, he wanted to pen a song “that didn’t really take one side more seriously or more heavily that the other — didn’t lean to the left, didn’t lean to the right,” he tells Yahoo Entertainment. But now, in the lead-up to the presidential election, he is finally releasing the track, which was recorded with his current regular collaborator, Daniel Tashian, back in February after his tour was canceled due to coronavirus concerns. (“It seems like a long time ago, before the disease hit this country,” he says with a sigh.) And while Bacharach says, “I believe this song is very poignant and very touching,” his neutral stance has admittedly changed.

“My point of view now certainly is different than it was eight months ago, or a year ago. When we did record it, I just made a statement about ‘the great divide.’ Would I have been more biting and one-sided later? Um, yeah,” Bacharach reveals, adding, “So many terrible things have happened … you write something a week ago, and a week later, it’s even more upsetting. I almost wish it were automatic to update a song.”

Bacharach, who describes himself as “a true believer in science,” says he recorded “The Great Divide” during “a real nervous time” of climate change and COVID-19 fears, out of concern for his children’s and grandchildren’s future. “I just want them to have a life, for them to breathe clean air. I mean, we’ve got to do something. These are the things I fear when California is burning,” he explains. “I love my kids. I wouldn’t want them to have a life in a country that is shattered. We must put it back together. So, hopefully this song jolts people and seems to resonate.”

As one of the most celebrated and successful pop songwriters of all time, Bacharach’s music has indeed resonated during different difficult junctures in American history. “What the World Needs Now Is Love,” which he co-wrote with Hal David in 1965, “has had a double life, you might say,” says Bacharach. “It certainly had a life back then with Vietnam, but then it had a renewal, another chance to breathe.” 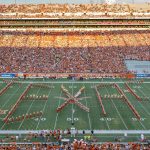 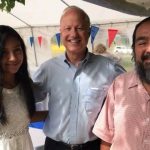 Next:
IN MEMORIAM: Chuck Morris Announces the Death of Arielle Garcia from COVID-19 Complications