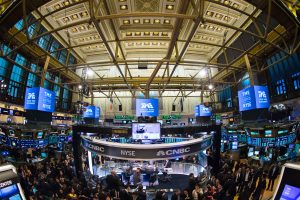 By Tim Ingham, Music Business Worldwide | On Friday (June 12), MBW spotted via an SEC filing that Tencent Music Entertainment (TME) had acquired 4 million Class A shares in Warner Music Group in a transaction worth around $100m.

Those 4m shares equated to 5.2% of outstanding Class A shares, and 0.8% of Warner Music Group as an entire company.

We’ve subsequently learned, via an additional filing also lodged with the SEC on Friday (see below), that China’s Tencent Holdings – the majority owner of TME – has itself acquired a separate stake in Warner of the same size as TME’s (4 million shares / 0.8% of Warner’s company).

Tencent Holdings did so via its 100% subsidiary, Huang River Investment Ltd.

Both of these transactions took place on Wednesday, June 3, the day Warner floated a portion of its company on the Nasdaq. And both of them were worth circa $100m.

This means that the Wall Street Journal’s earlier report suggesting that Tencent was considering a $200m acquisition of WMG shares was right on the money.

It also means that Tencent – via Huang River and via TME – now controls 8 million Class A shares in Warner, equivalent to 1.6% of the entirety of the music company. (WMG remains majority-owned, privately, by Access Industries and Len Blavatnik.)

A Tencent-led consortium already owns a 10% stake in Universal Music Group, of course, for which it paid $3.4bn in March this year. Tencent also has the option to acquire a further 10% in UMG before mid-January 2021.

In addition, Tencent owns 9.1% of Spotify, with three-quarters of that stake owned by Tencent Holdings and the remaining quarter by TME.

Tencent’s ownership of minority stakes in two of the world’s ‘big three’ music rights companies is made a touch more interesting by the fact that the Chinese giant may soon find itself opposite both Warner and Universal at the negotiating table.
> > > > > > > > > > >
Those rivals have publicly accused TME of unfairly ramping up the price for this music, with China’s antitrust authority beginning an investigation into said sub-licensing practices last year.
> > > > > > > > > > >
Read the whole story here:
https://www.musicbusinessworldwide.com/tencent-now-owns-10-of-universal-9-of-spotify-and-nearly-2-of-warner-music-group/ 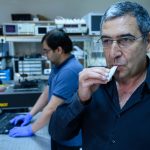 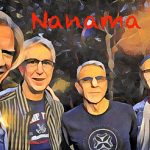 Next:
BUSINESS NEWS: How Live Music Could Return to Colorado