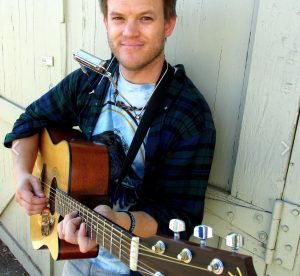 Jeffrey Dallet and his band headlined the COMBO 2019 Songwriters Showcase

So excited! Our showcase of the top scoring songwriters in our 2019 Songwriting Contest at the Walnut Room on November 15th was such a success! The show opened with President Barb Dye explaining what COMBO does and is, and by announcing the Top 21 writers and their songs. Vice-President Annette Cannon filled in between the acts while the next performers were setting up by giving away drawing prizes. Attendees treated themselves to some of the yummy food that the Walnut Room is known for, especially their fresh veggie pizzas and fine drinks! Bartender Jerry kept the tummies filled and sound man Chase did a fine job of making our performers sound great.

COMBO member Ben Makinen added extra variety to the event by showing two of his videos – Alone at Sunset featuring the music of Denver’s own Robert Johnson, and Tennessee with a song by his friend with showing scenes of Tennessee.

Renowned Boulder pianist and composer Scott Martin wrote and produced the atmospheric jazz ballad Alone at Sunset, and this film features the Mr. Martin and Mr. Johnson recounting a tale of woe upon the stage of the famed Nocturne jazz club and follows Mr. Johnson drifting through Denver’s iconic RiNo district in a fog of remorse at the one great love to have slipped away.

After presenting the winners playing their high-scoring songs, two-time winner Jeffrey Dallet and his band took the stage at 10:30 to play a set of their own songs. Jeffrey is a proficient song writer and they played his winning song “Mile High Lament” – about how Denver is growing but is losing its “self” in the process.

Our audience was SUPER! They were polite, considerate, and so attentive! They seemed to be glued on every performance and every word of each song, giving generous applause after each songwriter performed. Winner by applause: Lisa Selle. Thank you one and all!

The top songwriters were also presented a gift bag full of goodies from ASCAP, BMI, SESAC, Durango Songwriters Expo, CODA, Colorado Sound, and SoundTown along with a copy of the compilation CD of the winning songs.