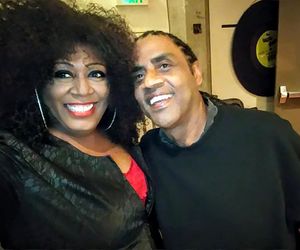 By Li Cohen, CBS News | In June, the band formerly known as Lady Antebellum announced it would change its name to Lady A to remove any association with slavery. But weeks after appearing to reach an agreement with Seattle-based blues singer Anita White, who has been using the same name for more than a decade, the country group announced on Wednesday it is suing her.

“Today we are sad to share that our sincere hope to join together with Anita White in unity and common purpose has ended,” the band members of Lady A said in a statement to CBS News. “She and her team have demanded a $10 million payment, so reluctantly we have come to the conclusion that we need to ask a court to affirm our right to continue to use the name Lady A, a trademark we have held for many years.”

Band members Hillary Scott, Charles Kelley, and David Haywood decided to sue after “White’s attempt to enforce purported trademark rights in a mark that Plaintiffs have held for more than a decade,” according to the lawsuit. The band is not seeking monetary damages, the lawsuit said.

The band has been using the name Lady A, along with their original band name Lady Antebellum, since 2006-2007, according to the lawsuit. They officially dropped Antebellum from their name on June 11 amid ongoing protests against racial injustice.

“Lady A” became an official trademark for the band in 2011 after no one filed in opposition against the name, according to the suit. “Prior to 2020, White did not challenge, in any way, Plaintiffs’ open, obvious, and widespread nationwide and international use of the Lady A mark as a source indicator,” the lawsuit said.

The lawsuit does note that White has identified as Lady A since 2010 and that she also features her music on a Spotify artist page. But the suit pointed out that White’s artist page at the time of the court filing had 166 monthly listeners, compared to the band’s more than 7 million.

“We never even entertained the idea that she shouldn’t also be able to use the name Lady A, and never will – today’s action doesn’t change that. …We felt we had been brought together for a reason and saw this as living out the calling that brought us to make this change in the first place,” the band said in the lawsuit.

Read / watch the whole article here, along with videos:
https://www.cbsnews.com/news/lady-antebellum-name-change-lawsuit-band-sues-singer-anita-white-over-lady-a-name/

Previous:
REPORTS: Small Towns May Have “a longer road ahead” in America’s Economic Recovery from the Coronavirus Pandemic

Next:
BUSINESS NEWS: Britain is Spending Billions to Support the Arts While the U.S. is Letting Culture Slowly Die