A drive-in concert with LIVE music!

By Rudi Greenberg, Eventbrite | With no end of the pandemic in sight, some nimble venues and concert promotors have been pivoted their businesses to include drive-in concerts, live streaming, and other innovative forms of live music.

As music venues across the country temporarily shuttered in March, Vito Rinaldo, an avid live music goer and retired teacher, wanted to do something to keep the music going — and get artists paid. As the New Yorker watched free livestreams beamed from musicians’ homes on Facebook and YouTube, he felt an element was missing: the interaction between the audience and the performer.

In May, Rinaldo launched TOF Productions with an entirely virtual music venue dubbed the Tree. (The venue’s name was loosely inspired by a lyric by the legendary folk singer/songwriter John Prine, who died in April from COVID-19 complications.) Rinaldo started selling tickets through Eventbrite, using a password-protected Zoom meeting to host the concerts. This way, fans could mingle as they would at a normal show before the music and applaud after songs, while the musician could see who they’re performing for — and make money from ticket sales and tips. Since launching, the venue has raised $13,000 for its artists and various charities through sales and donations, Rinaldo says.

“We’re trying to simulate every aspect of what the real music world is like,” Rinaldo says. “It’s as close as we can get to that symbiotic relationship that artists and their audiences have — how they feed off of each. That takes shows to a higher and higher level, and right from the first show, we knew that was happening.”

Working with artists performing out of their homes on Zoom has had its challenges — the platform wasn’t made with music in mind, every show requires a soundcheck, and every artist has different streaming capabilities — but the Tree has also shown how musicians, venues, and promoters can still bring music fans together. (Concert streaming is also getting easier thanks to Eventbrite’s new partnerships with Zoom and the streaming platform Vimeo.)
> > > > > > > > >
.
Rudi Greenberg is a content editor at Eventbrite with a passion for covering music, comedy, and events. His writing has appeared in The Washington Post, Relix magazine, U.S. News & World Report, and DCist.

By Heru Asprihanto, Adi Kurniawan, Reuters | JAKARTA – As night fell in the Indonesian capital, pop ensemble Kahitna took to the stage for a drive-in concert nearly two hours long that attracted eager listeners in rows of hundreds of parked cars.

The eight performers played yearning, sentimental tunes, capitalising on patrons’ nostalgia for the group’s 1990s heyday, with listeners honking and flashing their lights as the band launched into its hit tune, “Cerita Cinta” or “Love Story”.

That was a reminder of the good times before the coronavirus pandemic brought the music industry to a juddering halt, said Chaeruddin Syah, one of the concert organisers.

“Our economy has declined for four to five months, we have not worked at all and have not made any money,” Syah told Reuters.

“We hope this concert can provide solutions and inspiration to the entertainment industry.”

Indonesia, which is grappling with a surge in virus infections, racked up its biggest daily increase in cases for a third straight day on Saturday. The Southeast Asian nation has tallied about 170,000 infections and 7,261 deaths.
> > > > > > > > >
Read the report here:
https://www.reuters.com/article/us-health-coronavirus-indonesia-concert/indonesia-drive-in-concert-delivers-live-music-as-coronavirus-rages-idUSKBN25Q087 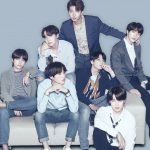 Next:
REPORTS: BTS’s ‘Dynamite’ Could Upend the Music Industry