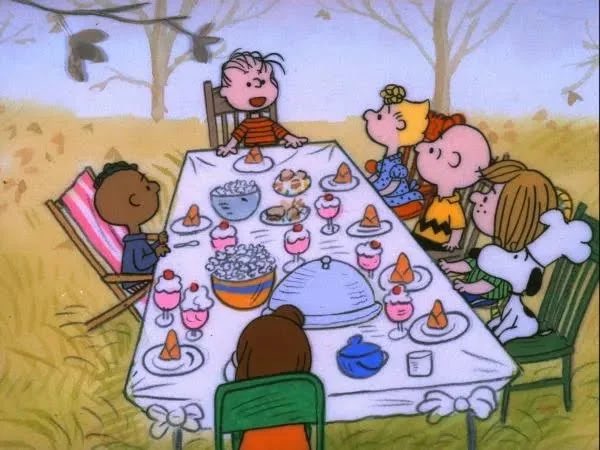 Home ReportsREPORTS: Jean Schulz Responds to the Controversy Over Franklin’s Role in ‘A Charlie Brown Thanksgiving’

REPORTS: Jean Schulz Responds to the Controversy Over Franklin’s Role in ‘A Charlie Brown Thanksgiving’ 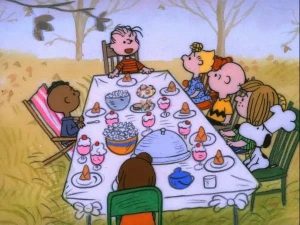 By Ethan Alter, Yahoo Entertainment | Just as A Charlie Brown Christmas has been a seasonal pop culture gift for 55 years and counting, it’s hard to imagine a Thanksgiving weekend without at least one helping of A Charlie Brown Thanksgiving. In recent years, though, the 1973 animated special — written by Peanuts creator, Charles Schulz — has been accompanied by a side of controversy. At issue is a sequence from the half-hour cartoon where Charlie Brown and his friends sit down for their version of Thanksgiving dinner, featuring toast, popcorn and jelly beans in place of turkey, mashed potatoes and cranberry sauce.

During the meal, though, one friend seems left out in the cold: Franklin, the only main Black character in Peanuts, is seated in a beach chair by himself on one side of the table. Even though he’s part of the group, he’s still distinctly separate from them. It’s an image that increasingly bothers modern-day viewers of A Charlie Brown Thanksgiving, several of whom took to Twitter over the holiday to express their complicated feelings about the special, and Franklin’s legacy.

Speaking with Yahoo Entertainment, Schulz’s widow, Jean Schulz, addresses the debate by noting that while her husband wrote A Charlie Brown Thanksgiving, he wasn’t involved in the animation process. That fell to director Bill Melendez, who first collaborated with Schulz on A Charlie Brown Christmas in 1965. The duo continued to work together on animated Peanuts specials for decades, alongside producer Lee Mendelson. (Schulz died on Feb. 12, 2000, one day before his final Peanuts strip appeared in newspapers.)

“The scene would not have had nothing to do with Sparky, because it was purely the animators and the directors working on it,” Jean explains. (“Sparky” was Schulz’s childhood nickname.) “The director parcels out the scenes to the animators, and the animators who drew that scene aren’t alive anymore or we don’t know how to find them. The [controversy] first popped up a couple of years ago. I’ve probably watched the special a dozen times, and I hadn’t noticed it. But I wouldn’t notice it: It’s to be noticed now.”

Jean previously shared her thoughts about the controversy in a blog post published last year on the website for the Charles M. Schulz Museum and Research Center, where she serves as the president of the board of directors. “While it can’t be known now which animator drew that particular scene, you can be sure there was no ulterior motive,” she wrote. “I fall back on Peppermint Patty’s apology to Charlie Brown explaining she meant no harm when she criticized his poor Thanksgiving offering, which goes something like: ‘There are enough problems in the world already without these misunderstandings.’ To suggest the show had any other messages than the importance of family, sharing and gratitude is to look for an issue where there is none.”

Even if the animators didn’t intend offense by isolating Franklin, the special’s critics feel that it reflects an insular point of view about inclusion. “Having [Franklin] on this long side by himself, you could interpret it that no one wanted to sit next to him,” Darnell Hunt, dean of social sciences and professor of sociology and African American studies at UCLA, recently told Yahoo Life. “Today this would not be acceptable. It really does speak to the need for more inclusive creators and storytellers behind the scenes who produce these images.”

In a panel discussion organized by Schulz Museum in November, a group of Black cartoonists directly addressed the Franklin question. “I can’t believe how accurate that drawing is — I feel like I’m that dude on that side of the table to this day,” remarked Robb Armstrong, the creator of the comic strip, Jump Start and a close friend of Schulz. In fact, in the 1990s the older cartoonist asked Armstrong for permission to give Franklin his last name. “I know people are like, ‘That’s racist!’ First of all, Charles Schulz named that dude after me — he is not a racist. He is a wonderful human being who decided to put Jesus on a CBS Christmas special. He wanted Franklin to be that, but he knew he didn’t have it in him. Franklin is still an underdeveloped character… but the guy knew his limits.”

For her part, Jean admits that her husband struggled to find ways to integrate Franklin into the core Peanuts crew when writing both the comic strip and the animated specials. “People would say, ‘Franklin doesn’t have the personality quirks that the others have — he doesn’t have Lucy or Linus’s or Peppermint Patty’s quirks.’ It goes back to Sparky’s approach: He wrote what he knew in his strip. Franklin is a limited character, and it’s not for any particular reason except that he was not in Sparky’s familiar childhood [experiences] that he pulled his themes from.”
> > > > > > > > > >
Read the full article here:
https://www.yahoo.com/entertainment/a-charlie-brown-thanksgiving-franklin-controversy-jean-schulz-195611449.html 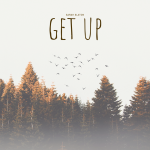 Previous:
REPORTS: How Sarah Slaton Is Helping Save the Music Industry 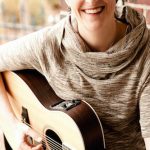 Next:
TALENT NEEDED: If You’ve Been Wanting to Get Your Art Out Into the World, Now’s Your Chance.