Luhrmann co-wrote the script with Craig Pearce. The movie revolves around the veteran manager and the young singer, who came from dirt-poor origins to become an icon who changed the course of music history. The project marks Luhrmann’s first film since his 2013 adaptation of “The Great Gatsby” starring Leonardo DiCaprio. He most recently worked on the Netflix series “The Get Down.” Production is expected to start this spring.

Throughout his career, Presley talked about his devotion to his mother, constantly calling her his number one girl. The close relationship is said to have continued when the musician’s career took off and during Gladys’ bout of depression due to his time away from home.

Gyllenhaal just wrapped the final season of her critically acclaimed HBO drama series “The Deuce.” The role as Candy, the prostitute-turned-porn-director earned her a Golden Globe nomination in 2018. On the film side, Gyllenhaal was most recently seen in Netflix pic “The Kindergarten Teacher,” which also starred Gael Garcia Bernal.

Gyllenhaal is repped by WME and MGMT Entertainment. 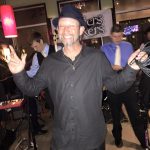