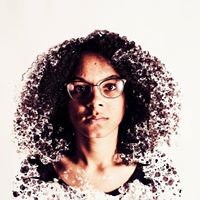 Photographers often get the short end of the stick in the world of media, with many consumers choosing to ignore the process crediting their photos or cropping out watermarks when using their work. However, one Canadian photographer has found herself in a ridiculous situation in which a record label chose to insult her instead of respectfully responding to requests for payment after they reposted her work without permission.

You might recall how four years ago, an Aussie photographer found himself at the centre of a row with U.S. band The Red Jumpsuit Apparatus after the group posted one of his photos without permission and then ridiculing his attempts to have it taken down from their accounts.

While the band later apologized and attempted to set things right, one US record label seems to have taken a leaf out of the band’s book, choosing to respond terribly to the recent requests of a concert photographer.

As PetaPixel reports, photographer Adrienne Row-Smith took some shots at a gig for Monkey Goose Magazine. However after the photos were published back in 2017, Row-Smith discovered that they had been downloaded, edited, and cropped to remove her watermark before being shared online by both the band and their record label. As you might have guessed, this was all done without her permission.

“I had reached out to the band first, asking them to politely remove it since they had violated my copyright by editing them,” Row-Smith explained in a conversation PetaPixel. “Whomever I was talking to was more than happy to remove the photos (which did not actually happen), and then proceeded to ask me how much I charge to get high-resolution copies for social media that they could use.”

“I told them how much (which is where the $50 per photo comes from), and then I never heard anything back – which is something I deal with a lot,” she continued. “However, I went and checked and they still had not taken down the photos, so I asked them again (this is where I should have just taken them down myself) but in good faith, I reached out again.”

“Prices aside, you are extremely rude for demanding money and constantly harassing my clients even though they haven’t used your images to make a profit,” the label wrote in a message to Ms. Row-Smith.

“Multiple people have been informed of the way you conduct business and everyone (sic) of them agree that you are disgusting and should never be aloud (sic) to work as a photographer again,” the continued. “Money hungry goals will always leave you starving. Remember that.”

“I think that just as a whole, if you’re going to be in the [photography] industry as a photographer or as a consumer, you should know the rights and the rights you might infringe upon,” Adrienne Row-Smith explained to PetaPixel. “You should always reach out to the individual and ask them what they are okay with in regards to sharing their content.”

“Furthermore, if you plan on using it to promote sales or commercial in any form, then you better be offering to pay for the time and effort and not expect it to come free.”

While Row-Smith did not choose to name the record label at the centre of the debacle, Aussie radio presenter Ti Butler took to Twitter to name the label as Heretic Records, who have apparently since attempted to erase their online presence.

As it stands, Heretic Records have not made any further public statements in regards to the incident, or acknowledging that they are indeed the label at the centre of this incident.