By Tatiana Cirisano, Billboard | Republic Records is banning the word “urban” from its company verbiage, doing away with the term for hip-hop and R&B, which many consider an antiquated generalization that marginalizes music by black artists.

The label, which is home to artists like Ariana Grande, The Weeknd and Taylor Swift, said on Instagram today that it will remove the word from department names, employee titles and music genres, clarifying in a press release that this will not lead to any structural changes at the company.

“We encourage the rest of the music industry to follow suit as it is important to shape the future of what we want it to look like, and not adhere to the outdated structures of the past,” the Instagram post reads.

The term dates back to the mid-1970s, when black New York radio DJ Frankie Crocker coined the phrase “urban contemporary,” which was later shortened to “urban.” While the term didn’t carry negative connotations at the time, many argue that it has evolved to symbolize the music industry’s history of lumping music by black artists into one category, marginalizing black musicians and those who work with them in the process.
> > > > > > > > > >
Both actions come amid calls for the music industry to direct resources toward promoting racial equality, as protests erupt around the country over the recent police killing of George Floyd in Minnesota. Earlier this week, Republic launched the new Republic Records Action Committee (R2AC), which will focus on social justice issues. . . .
> > > > > > > > > >
Read the whole story here:
https://www.billboard.com/articles/business/record-labels/9397048/republic-records-bans-urban-encourage-music-industry-to-follow 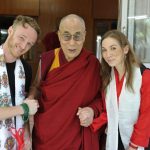 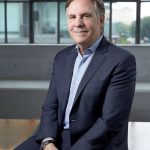