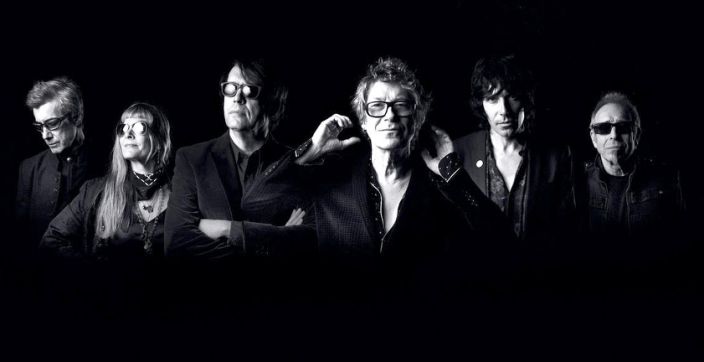 Home ReportsREPORTS: Richard Butler talks Psychedelic Furs’ Comeback Album, the Real Story of ‘Pretty in Pink,’ and How He Got That Voice

REPORTS: Richard Butler talks Psychedelic Furs’ Comeback Album, the Real Story of ‘Pretty in Pink,’ and How He Got That Voice 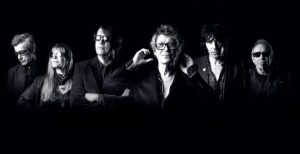 By Lyndsey Parker, Yahoo Entertainment | In 1986, post-punk outfit the Psychedelic Furs hit the mainstream when a re-recorded version of their college rock classic “Pretty in Pink” inspired the John Hughes film by the same title. The Furs followed up quickly with their 1987 album Midnight to Midnight, which was their most commercially successful effort yet, but frontman Richard Butler later denounced the rushed release as “hollow, vapid, and weak,” and by 1991, the band had split up.

“I was tired of it. I was kind of tired, a bit bored. I was tired of the roteness of it. It didn’t feel creative anymore, and it wasn’t fun. And when it came to the idea of making another record, I felt like I knew what it was going to sound like — and I didn’t want to make a record that sounded like that,” Butler tells Yahoo Entertainment. “There was no excitement in it anymore for me. I needed a break.”

Butler and his bandmate/brother Tim went on to form Love Spit Love for a while (“Unlike a lot of brothers in bands, Tim and I have always got along famously,” Richard quips), and a reconfigured Furs began touring again in 2001 — but incredibly, it’s taken them almost 30 years to release a new studio album. The ambitious and symphonic Made of Rain comes out this week and is already earning critical raves, and it picks up right where the Furs’ early-’80s opuses Forever Now and Mirror Moves left off; it’s the sound of forever now, so to speak. The record sounds so timeless, in fact, that when Butler’s brittle, instantly identifiable voice rips through the dense layers of guitar noise and skronky horns on the opening track, to declare that he’s “The Boy That Invented Rock & Roll,” he’s 100 percent convincing.

“I don’t even know,” Butler replies when asked why it took so long to release a new Psychedelic Furs album. “I mean, I think I spent 25 years saying, ‘Why?’ and then four years saying, ‘Why not?’ And then we just did it. We were a very creative force, and when we started writing songs, it just happened quite naturally.

“I’m actually happier with this record than I thought I would be going into it, which is always a good position to be in,” Butler continues. “I’d hoped the best for the record and was fully confident in the band, knowing that we played well and worked together well — but I’m [surprised with] the songs we came up with, even at the last minute, things that happened in the studio. Like, ‘You’ll Be Mine’ was basically a little ditty that Tim had written the music for and I did the vocals for, and in the studio — with [producer/former Love Spit Love member] Richard Fortus’s help, obviously — it turned into this kind of epic creature.”

As for the Pretty In Pink ditty, Butler admits that it was a blessing and curse. The song, originally from the 1981 album Talk, Talk, Talk, first came to Hughes’s attention through his muse, teen actress Molly Ringwald. “Music was incredibly important to John, and he had an amazing, amazing record collection and made me the most incredible mixtapes,” Ringwald told Yahoo Entertainment in 2013. “A lot of the songs that ended up on those [soundtracks] — the Bunnymen, the Smiths… we made a lot of mixtapes for each other. I don’t think he had heard ‘Pretty in Pink’ until I played it for him.”
> > > > > > > >
Article shortened. Go here to read the full story:
https://www.yahoo.com/entertainment/richard-butler-talks-psychedelic-furs-comeback-album-the-real-story-of-pretty-in-pink-and-how-he-got-that-voice-214503180.html 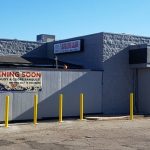