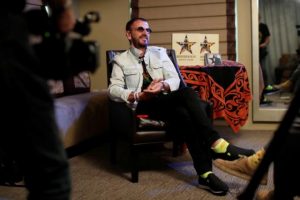 By Rollo Ross, Reuters | When Ringo Starr decided to record a cover of one of the last songs written by John Lennon, the Beatles drummer knew he wanted former bandmate Paul McCartney to play bass.

Then, his record producer found a way to bring in a bit of the late George Harrison.

The producer, Jack Douglas, inserted strings from “Here Comes the Sun” – one of the few Beatles hits written by Harrison – into the Starr’s recording of the song “Grow Old with Me.”

“We’re all on it now,” Starr, in an interview with Reuters, said of the musical reunion. “I had nothing to do with that.”

Starr, 79, said Lennon’s voice can be heard on the demo saying “this’ll be great for you, Ringo.”

“It was emotional listening to John’s version, cause he’d written other songs for me,” Starr said. “So I thought no, I’m going to do this one.”