M. Weissenstein, E. Sanon, F. Briceno, Associated Press | From Mexico City to Port-au-Prince, Haiti, and Santiago, Chile, the coronavirus is taking root in the world’s most unequal region, where many of Latin America’s first cases arrived with members of the elite returning from vacations or work trips to Europe and the United States.

Many of the wealthy are already recovering, but experts warn that the virus could kill scores of the poorest people, who must work every day to feed their families, live in unsanitary conditions and lack proper medical care. Some countries are making payments to informal workers — maids, street sellers and others who have been told to stay home to reduce the spread of the virus, but the effort is patchwork and doesn’t apply to everyone who needs help.

“I stay home, I will lose all my goods. I have no way to save them,” said Marie-Ange Bouzi, who sells tomatoes and onions on the street of Haiti’s capital. “I am not going to spend money fighting corona. God is going to protect me.”

Haiti, the Western Hemisphere’s poorest country, reported its first two cases of the virus on March 20. One was imported by one of its most successful artists, an R&B singer who had just returned from France, according to the director of health in Port-au-Prince.

Singer Roody Roodboy, who’s real name is Roody Pétuel Dauphin, quarantined himself when he got back to avoid infecting others and sent his entourage to be tested, manager Narcisse Fievre said. He said the singer had received death threats from people who accuse him of bringing the disease to Haiti, although there is no evidence Dauphin had infected anyone else.

For hundreds of thousands of Haitians who earn a few dollars a day selling goods on the street, quarantine like Dauphin’s would mean near-starvation.

‘’People are not going stay home. How are they going to eat?” Bouzi said. “Haiti isn’t structured for that.’’

In Chile, which has seen cases grow to more than 2500 since March 3, many coronavirus diagnoses have been in upper-middle-class neighborhoods, in people just back from Europe, particularly Italy.
> > > > > > > >
___ 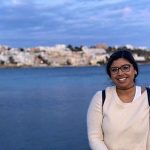 Previous:
MUSIC NOTES: They Asked Me to Come in and Talk – And I Knew 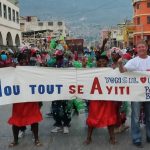 Next:
REPORTS: Greg Cronin Gives Update on the Recording Studio and Situation in Haiti