Home ReportsREPORTS: Snapchat Will Let You Add Songs to Posts Under Music Deals With WMG and Others, Copying Key TikTok Feature

REPORTS: Snapchat Will Let You Add Songs to Posts Under Music Deals With WMG and Others, Copying Key TikTok Feature

Snap plans to launch the music feature widely in the fall of 2020 for English users. For now, Snapchat has kicked off a test of the music-video feature in Australia and New Zealand (starting Aug. 3).

“We’re always looking for new ways to give Snapchatters creative tools to express themselves. Music is a new dimension they can add to their Snaps that helps capture feelings and moments they want to share with their real friends,” a Snap spokeswoman said.

Word that Snap was in talks with music companies emerged over a year ago. The social media and messaging app still doesn’t have deals with Sony Music Entertainment or Universal Music’s recorded music side of the house, two of the industry’s biggest players.

“We’re constantly building on our relationships within the music industry, and making sure the entire music ecosystem (artists, labels, songwriters, publishers and streaming services) are seeing value in our partnerships,” the Snap rep said.

TikTok, meanwhile, will face new competition from Instagram, which is expected to soon roll out a short-form video feature called “Reels.” (Separately, Facebook has launched official music videos, to take on YouTube in that area.) In recent weeks, TikTok has become a geopolitical football: Microsoft is in talks to buy the Chinese-owned app, after Donald Trump late last week threatened to ban TikTok over national-security concerns given the app’s ties to China.

According to Snap, Snapchat users will be able to add music to Snaps (pre- or post-capture) from a catalog of music. The feature will give Snapchatters a new way to discover music from both emerging and established artists.

“Both Warner Music and Snap have long track records of embracing innovation and experimentation, and working closely together, our goal is to enable cutting edge social tools to bring our artists’ music to Snap’s highly engaged user base,” Oana Ruxandra, WMG’s chief digital officer and EVP of business development, said in a statement.
> > > > > > > > >
Read the rest here:
https://variety.com/2020/music/news/snapchat-add-songs-music-deal-wmg-tiktok-1234723547/ 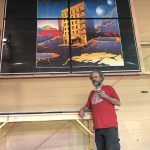