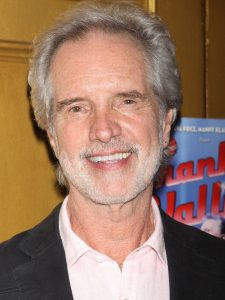 The complaints came from Bob Gaudio, a songwriter and founding member of the group Frankie Valli and the Four Seasons, as well as Bluewater Music Services Corporation, an entity that administers the publishing rights of dozens of prominent country songwriters whose works include Player’s “Baby Come Back,” Miranda Lambert’s “White Liar” and Guns N’ Roses’ “Yesterdays.”

The plaintiffs alleged that the Stockholm, Sweden-based streaming giant hadn’t fully complied with obligations under Section 115 of the U.S. Copyright Act, which provided a compulsory license to make a mechanical reproduction of a musical composition, but only if a “notice of intention” is sent out and payments are made.

At the time of the July 2017 filing, Spotify had told the U.S. Copyright Office of the difficulty in identifying and locating the co-authors of each of the tens of millions of copyrighted musical works throughout its streaming platform. Spotify had also settled a class action on the issue for $43.45 million.

The lawsuits from Bob Gaudio and Bluewater Music Services, represented by attorney Richard Busch, may have played some role in setting the stage for the eventual passage of the Music Modernization Act. After these lawsuits were brought, Spotify and other tech companies rallied around a plan to end the “notice of intent” process spelled out by Section 115 in favor of a database run by a funded Mechanical Licensing Collective granting blanket licenses.

Buying into the Music Modernization Act helped Spotify manage its liability on the copyright front, and besides a since-settled lawsuit from Tom Petty’s publisher Wixen, the company has largely escaped any new claims of mass infringement.

That said, Spotify still had to deal with the lawsuits from Gaudio and Bluewater, and these past few months have been marked by a particularly contentious discovery feud in which plaintiffs sought all sorts of documents and depositions. Spotify CEO Daniel Ek was even set to testify in the case.

As a result of the settlement, revealed in a joint motion to postpone further discovery filed on Wednesday, the results of that fact-finding will likely remain confidential. The terms of the deal are also closely guarded. Busch hasn’t responded to an inquiry for further information.

The settlement comes just as the House Judiciary Committee holds a hearing on oversight of the U.S. Copyright Office and updates come as to the development of the formation of the Mechanical Licensing Collective before a July 8 deadline. Among the big topics is the true amount of money in unmatched royalties held by on-demand digital services like Spotify and Apple Music.