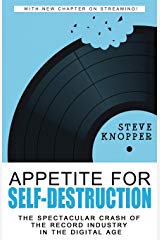 Home ReportsREPORTS: The End of Owning Music: How CDs and Downloads Died

REPORTS: The End of Owning Music: How CDs and Downloads Died

By Steve Knopper, Rolling Stone | If you visited Austin’s Waterloo Records recently, you might have noticed a construction project that was unthinkable not so long ago: The 36-year-old Austin music staple was replacing 24 feet of CD racks with space for more vinyl. “After 30 years of CDs, a lot of people are moving on from that format,” says Waterloo owner John Kunz. “Whether they’re going back to vinyl, or streaming, people are selling off those CDs.”

As streaming gives the music industry its biggest profits in a decade, the CD business continues to plunge. CD sales have fallen 80 percent in the past decade, from roughly 450 million to 89 million. Since Tesla began manufacturing cars without CD players, other companies like Ford and Toyota have recently followed. Downloads – once seen as the CD’s replacement – have plummeted 58 percent since peaking in 2012, their profits now even smaller than physical sales. Artists have taken note; Bruce Springsteen released his latest box set, The Album Collection Vol. 2, 1987-1996, exclusively on vinyl, with no CD option, unlike 2014’s Vol. 1. “It’s a streaming world and a vinyl world with a quickly diminishing CD,” says Daniel Glass, president of Glassnote Records, indie-label home of Mumford & Sons and Phoenix.

Jack White, arguably the most visible vinyl advocate in recent years, agrees: “I definitely believe the next decade is going to be streaming plus vinyl – streaming in the car and kitchen, vinyl in the living room and the den. Those will be the two formats. And I feel really good about that.”?

This article was originally published on June 14, 2018, by Rolling Stone.

P.S. Steve Knopper is a writer who also lives in Colorado! 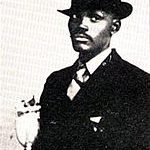 Previous:
RESEARCH: In the Jungle: Inside the Long, Hidden Genealogy of ‘The Lion Sleeps Tonight’ 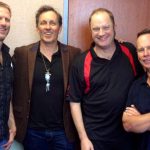