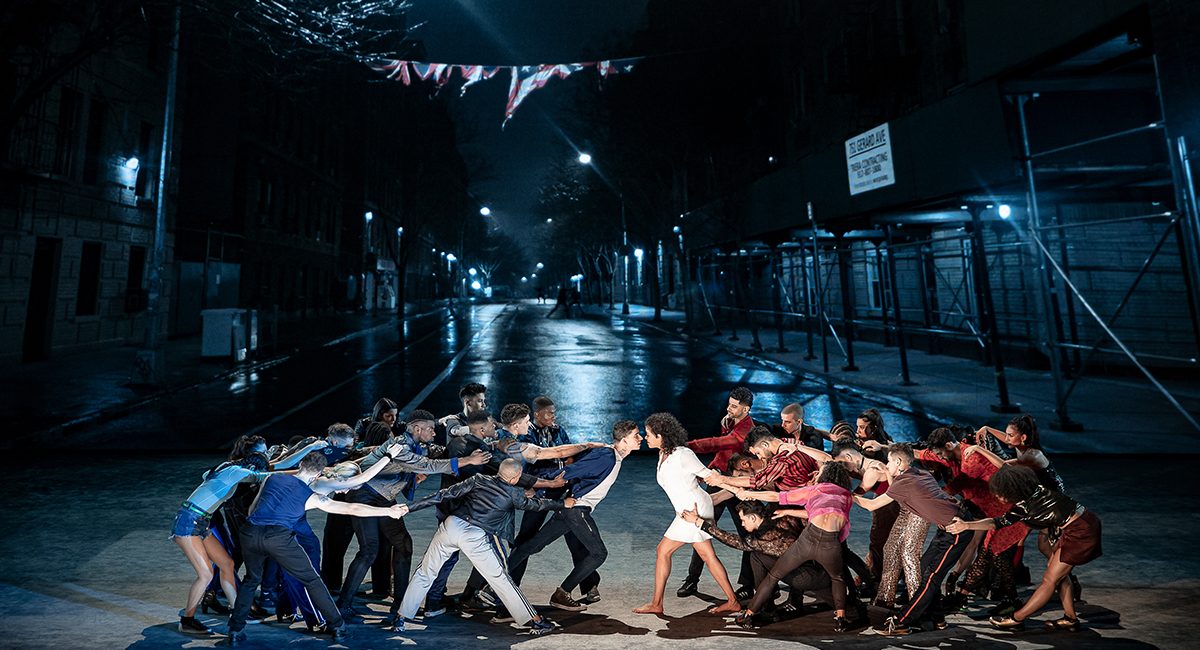 Home ReportsREPORTS: West Side Story Review: A Bold, Boundary-Pushing Revival Where Not Everything Works

REPORTS: West Side Story Review: A Bold, Boundary-Pushing Revival Where Not Everything Works 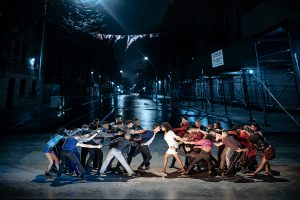 By Dave Quinn, People | It’s safe to say you’ve never seen West Side Story like this before. Visionary director and Tony winner Ivo Van Hove has completely transformed Leonard Bernstein and Stephen Sondheim’s legendary 1957 musical for its new Broadway revival, which opened at New York City’s Broadway Theatre Thursday night. And while his wild changes sometimes clash with Arthur Laurents’ celebrated book, this bold and gritty new West Side Story stands apart from any production before it in a fresh and admirable way.

So just how different is this West Side Story? Well, the Romeo and Juliet-inspired plot remains, but for one, the action has been pulled from its traditional mid-1950s setting to something far more current, with costume designer An D’Huys decking the tattooed, young cast in modern streetwear designs. Gone are the fluffy circle-skirt dresses and shiny sharp suits that made numbers like “The Dance at the Gym” and “America” sing. Also missing from those numbers? Jerome Robbins’ iconic balletic choreography, with new moves here by choreographer Anne Teresa De Keersmaeker, marking the first time a New York production of West Side Story has ever left Robbins’ leaps and snaps behind.

There’s a shortened runtime too, with Hove and producer Scott Rudin cutting one of the musical’s most known songs (“I Feel Pretty”) as well as removing the show’s intermission entirely. And a cast has been assembled that reflects more of America today, the story’s two rival street gangs filled with racially diverse actors and even LGBTQ+ characters (all who spend a lot of time dancing and fighting in the rain).

But the biggest difference of all is the production’s use of video. In place of a tradition set is a giant floor-to-ceiling screen on which close-ups of dance numbers, off-stage book scenes, and in some cases, pre-recorded images and montages are all projected. The video design, by Luke Halls, makes it a mixed media experience for the audience, and from the jump lets them know what they’re about to see isn’t what they’ve seen before.

A note: The casting of Amar Ramasar as Bernardo has been met with controversy. The New York City Ballet principal dancer was fired from the company in 2018, amid accusations that he had shared explicit photos of female dancers without their consent. Ramasar’s union challenged his firing, and he was ordered reinstated. West Side Story has stood by his casting.

Those who have precious ties to the original may not like what they see with this revival, especially because it so drastically strays from what we’ve seen before. But there is joy in seeing an artist like Hove take a masterpiece like West Wise Story and pull it apart, especially on the heels of Stephen Spielberg’s new film adaptation arriving in theaters in December. It’s not always perfect, but it feels new in a really cool way. 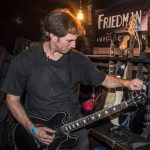 Previous:
INTERESTING BITS: From Nate Dawson: Music Nerd Question/Poll:
Next:
REPORTS: Over 1,300 Complaints Were Sent to the FCC About Shakira and J.Lo’s Super Bowl Halftime Show