Current Song:
Next Song:
Update Required To play the media you will need to either update your browser to a recent version or update your Flash plugin.
http://www.coloradomusic.org/wp-content/uploads/2019/08/Woodstock-Back-to-the-Garden.jpg 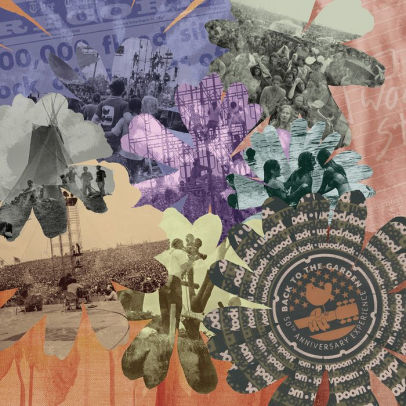 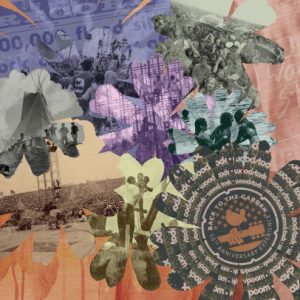 Woodstock: Back to the Garden (50th Anniversary Experience)

By Hua Hsu, The New Yorker | On the fiftieth anniversary of the festival, a thirty-six-hour boxed set reveals some truths behind baby-boomer myths.

The Woodstock Music & Art Fair is best known for one of its final performances, Jimi Hendrix’s rendition of “The Star-Spangled Banner.” From the ragged chaos of “Stepping Stone,” Hendrix began slashing at the anthem’s opening notes, stretching them out until the familiar melody sounded wobbly and shrill. His version is drenched in feedback and distortion, a call-and-response between the notes on the page and Hendrix’s extratextual flourishes. It’s a funkier version of what so many of the blues rockers of the previous three days had attempted, somehow more succinct yet more expansive. It feels like a prophetic vision of a future that never quite arrived.

It’s estimated that around four hundred thousand people attended Woodstock—enough to have made Max Yasgur’s three-hundred-acre alfalfa field, in Bethel, the third most populous city in the state of New York. As the cliché goes, if you remember Woodstock, you weren’t there. But most people who were there might misremember it anyway. By the time that Hendrix took the stage, the festival’s “three days of peace and music” had blurred into a fourth. It was Monday, about 9 a.m., and the crowd had thinned to between fifteen thousand and twenty thousand people, following a series of thunderstorms. It’s likely that some of the concert’s organizers had already left.

Hendrix’s anthem arrives on the thirty-seventh disk of “Woodstock—Back to the Garden: The Definitive 50th Anniversary Archive,” a thirty-eight-CD set that includes nearly every moment of recorded sound from the festival, spanning thirty-six hours of audio. (Disk 38 consists largely of crowd noise and announcements from the stage.) By this point, the listener has heard thirty-two performances, a treatise on “celestial sound” from Sri Swami Satchidananda, and countless calls from the stage for concertgoers to climb down from the sound towers. M.c.s deliver announcements about a lost three-year-old girl with blond hair and about people locked out of their cars, or missing their duffelbags, or in desperate need of their insulin. One aggrieved Mets fan keeps asking for the result of the game, while anyone who was in contact with someone named Fritz is advised to “please go to the infirmary, identify yourself, and get a hepatitis shot.” Of course, there’s a lot of acid talk, from the famous warning about a bad batch of “brown acid,” immortalized in Michael Wadleigh’s concert documentary, from 1970, to arcane debates about what constitutes a “bum trip.” There’s also joy about what the organizers, performers, and crowd have created together.

“Woodstock—Back to the Garden” was produced by Andy Zax and Steve Woolard. Zax, an accomplished archivist and reissue specialist, spent more than a decade putting it together from hundreds of tapes that had never been consolidated in one place. In the process of reconstructing the festival, hour by hour, Zax has destroyed some myths. In the liner notes, he writes of a spirited argument that he had with the singer Country Joe McDonald, who had long maintained that, as a result of traffic jams and poor planning, he was rushed onto the stage as the festival’s second act, on opening day. In reality, he didn’t play until the second day. Music is a great catalyst for memory and nostalgia—versions of the past that often flatter in a way that history doesn’t.
> > > > > > > > > >
Woodstock wasn’t the first major rock festival, nor the most musically adventurous. The Monterey Pop Festival, which took place in 1967 and featured a more diverse slate of performers, is often credited with elevating Janis Joplin and Otis Redding to stardom. But Woodstock was far more conscious of the potential of mass spectacle, owing largely to its creative masterminds, Michael Lang and Artie Kornfeld. Throughout the festival, performers were aware of the symbolism of the moment; they talked about how important it was that they were proving people’s preconceptions wrong. The spectre of authority hung over the event, along with the dream that the kids might make a point to their parents. The singer John Sebastian implored folks to pick up a little trash on their way home. “The press can only say bad things, unless there ain’t no fuckups,” he said. “And it’s lookin’ like there ain’t gonna be no fuckups. This is gonna work!”
> > > > > > > > >
Michael Wadleigh’s hastily edited concert film, released the following March, and a soundtrack album, which came in May, brought the Woodstock vibe to people who weren’t there, and perhaps influenced the memories of those who were. In a Washington Post piece marking the festival’s tenth anniversary, one concertgoer described the event as a moment of “naive faith.” Another, who hadn’t attended, recalled her experience from afar: “All was possible.”

Lang, Kornfeld, and their financial backers, Joel Rosenman and John Roberts, initially conceived of Woodstock as a ticketed event. They had met when Lang and Kornfeld, who were passably cool, saw an ad that Rosenman and Roberts, who were not, had placed in a newspaper, calling themselves “young men with unlimited capital” looking for something interesting to fund. Woodstock was supposed to make some money, but maintaining the entry gate proved futile, and on the first day everyone was allowed in for free. Unlike most of the festivalgoers, Rosenman and Roberts took a bath. But they began recouping the following year, after the documentary and the album were issued.

The legend of Woodstock became a business model. The festival didn’t invent rock nostalgia, but as the most visceral stand-in for sixties utopianism it lives at the forefront of commemoration culture, helping to fuel the sense that the more we turn any anniversary into an event…

Hua Hsu is a staff writer at The New Yorker and the author of “A Floating Chinaman: Fantasy and Failure Across the Pacific.”

Tags: 50th Anniversary, Back to the Garden, Woodstock
Categories: Research