By Andrea Shalal, Reuters | Maryland’s decision to reopen non-essential businesses came just in time for high-end guitar maker PRS Guitars, which kept 374 workers on its payroll during an eight-week shutdown that has gouged a deep hole in revenues, executives said.

About 90 PRS employees came back to a very different workplace on Monday, their work stations spaced six feet apart, with one-way “traffic lanes” drawn on the factory floor and a 55-gallon drum of hand sanitizer on hand.

To enter the facility, near the Chesapeake Bay in the eastern part of the state, each had to have a temperature check, and every time a hand-sanded and finished guitar changes hands, it must now be carefully sanitized. And that’s a lot of sanitizing, considering each guitar receives some 20 hours of hand labor.

The story of PRS and its phased return to work is being replicated all over the United States as more firms resume operations after the strict closures aimed at containing the spread of the new coronavirus are rolled back.

Founder Paul Reed Smith told Reuters the company took on millions of dollars in debt to keep paying workers and ensure production could resume when the lockdown ended.

“It was a pretty powerful gut check about whether it was the right thing to do or not,” he said. “Then I found that some of the people would only get 25, 50 cents on the dollar with unemployment – that was unacceptable to me and the whole team here.”

So the company sprang into action, selling nearly all its existing inventory, applying for and receiving a federal Small Business Administration loan, and working with retailers to help them boost online sales. And it is still negotiating with banks to fill any liquidity gaps.

“We wanted to keep our promise to the employees that we’d given them a job. And so, during this period we paid them while they were off,” he said. “We bet on our employees and we bet on the government reopening in enough time that we could survive.”

The third-largest electric guitar maker in the United States, PRS has the loyal support of some of the biggest names in the music business, including Carlos Santana, who has been playing Smith’s guitars since 1980, and John Mayer.

But it must be able to build guitars to pay its bills. And even though work resumed this week, it will be months before full production levels are reached, executives said.

Sales have expanded robustly in recent years, but the shutdown has derailed capital investment plans and knocked a hole in revenues that will be impossible to fill this year. Sales hit $66.5 million in 2019 and had been slated to rise 12% in 2020 before the crisis.

Relief for PRS came last Wednesday, when Maryland Governor Larry Hogan announced a phased reopening, giving PRS the go-ahead to resume production of guitars that sell for thousands of dollars.

“We are tearing through money right now. We’ve incurred significant amount of debt, just about as much debt as we can right now to get through this. So the timing is good for us and our folks are looking forward to getting back,” said company president Jamie Mann. 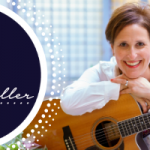 Previous:
MUSIC NOTES: Julie Geller Updates Us on Her Coronavirus Experience in Israel 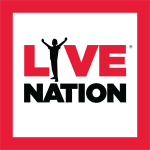