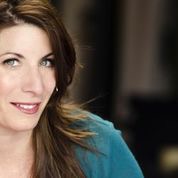 SONGWRITERS CORNER: COMBO Member Rachel Alena, f/o Rachel & The Ruckus, Fills Us In on Her New Path in Life

Rachel Alena offered a workshop on Vocals and Voice Overs for COMBO!

You know those ‘ah ha’ moments? The kind that shake you up. Like a whisper answering questions floating around in the back of your mind?

I had one such moment on New Year’s Eve. The message came to me in the form of a new friend and a video on his phone.

In September I made the difficult decision to shut down my band Rachel & the Ruckus. Thus, ending a 9-year journey filled with great friendships and wonderful partnerships. It was like jumping off a cliff into icy water.

You see, I have a book of songs that I’ve been writing for most of my life, but had never played outside of my living room.

I wanted to express these songs in a different way, but I knew that once I jumped off that cliff and let the band go I would never be able to turn back.

In October I lit a candle and started practicing. It was just me and my piano. I spent days writing charts and went to the studio to record. I also began playing a monthly solo gig at Por Wine House.

Seedlings were planted. I wanted to simplify the music using just my voice, piano, violin/cello, along with some acoustic guitar.

But I started having doubts…. I was thinking to myself, “Who cares? Why bother people with this? Making music is a whole lot of work and is self indulgent. Maybe I should just let it go and move on in my life.”

To my surprise a small whisper came to me.

I met a couple while I was at a friend’s house celebrating the upcoming New Year. In talking to them I learned they moved to the area last year from Durango. They said it was tough moving and they’ve been working on meeting new friends.

Later that evening the guy from Durango approached me with his phone. He wanted to show me something.

He told me about an evening he had with his wife, a year ago, when they first moved here. He said it was magical. They’d gone out for the night and the lights of Louisville were dazzling. The two of them wandered into a little wine bar with a fireplace and there was amazing live music playing. They turned to one another and asked themselves how they had landed in such a magical place.

He pulled out his phone and showed me a video.

It was taken that night, one year ago, in December 2018. His beautiful wife was sitting on a stool laughing. He panned the video behind her. There I was. I saw myself, one year ago, on this man’s phone. I was singing, playing the piano and making music. He panned the video back to his wife who was now moving to the music, a smile on her face. The video then panned back to me singing. Then to his happy wife.

That’s when I heard the whisper. It told me…. it matters.

The ‘ah ha’ was…it’s not just my music that matters. It all matters.

Even when you think nobody is listening.

Thank you for listening!

Here’s to prosperity, joy and the gift of giving in the New Year!

Stay tuned! I can’t wait to share new recordings, vibe, website and more shows with you. It’s a brand new journey and I hope you join me.

In the meantime, feel free to come out to Por Wine House, 701-A Main Street in Louisville. I’ll be there playing solo. Music starts at 7:00 p.m., January 31, Friday; February 29, Saturday; April 25, Saturday

I’ll also be playing on March 5 at ‘Raise A Class 2020’ to help create opportunities for high-potential, low-income students. Come to the event and get involved at: http://www.AccessOpportunity.com

Thank you Mahendi for sharing your clarity candle. It’s been a beacon of light for me during this process. Mahendi Projects: Safety for women is a universal global right. Help end violence against women. Learn More at http://www.MahendiProjects.com 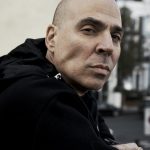 Previous:
SONGWRITERS CORNER: The Man Who’s Spending $1 Billion to Own Every Pop Song 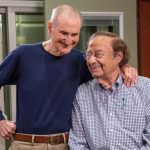