Home Songwriter's CornerSONGWRITERS’ CORNER: From Denver’s Olivia Rudeen: A Great Review of Her Co-Write “The Jacket”

SONGWRITERS’ CORNER: From Denver’s Olivia Rudeen: A Great Review of Her Co-Write “The Jacket” 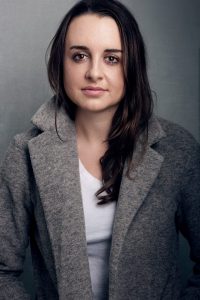 From Olivia Rudeen: Still can’t quite believe this…this morning my mom got an email from a dear friend of hers who’s a musician in NYC saying that Bob Lefsetz had done an entire write up devoted to “The Jacket,” a song I wrote with the incomparable Ashley McBryde and Neal Angleberger Coty that Ashley released on her incredible debut Warner Bros. record this past spring. Been proud of this song since day one and it’s indescribably cool to see it written up with such enthusiasm and eloquence on an industry blog that we studied in school. If there’s a cloud ten, I’m on it right now

This is a hit record!

It’s got a hole in the elbow, bandana pocket
Silver button missin’ from the snap at the bottom
I said ‘That thing’s seen better days, daddy you should toss it’
And he said, ‘Darlin’ I can’t’

Steve expected me to be wearing my jean jacket. I hadn’t seen him in decades, but when I was in college I wore that Lee jacket until it faded and started to get holes. It was the only thing I wore my first winter in L.A.

And then it fell apart.

You used to have to break them in, they were evidence of wear and tear, of a life.

This thing is two thousand bonfires, hitchhiked to Boulder
It’s kept a million raindrops off your mama’s shoulders
My heart on my sleeve, my life in these patches
Then he wrapped his arms around me in that old
Jean jacket

That’s when you know you’ve crossed a bridge, when the sinews have formed, when she wears your clothing, it’s intimate, she wants to feel connected and it makes you feel good.

It’s been a bed for a hound dog, a picnic blanket
There’s blood on the collar from a punk who tried to take it from me
Seen Willie Nelson play four or five states
The best Levi ever made

That’s the great thing about music, it’s not quantifiable, it lives and breathes, like people. No computer can match you for a date, the machine never gets it right, you’ve got to see the person to know. And oftentimes you just do… You see them across a room, it’s the way they hold their head, the way they wink, you’re hooked. And that’s the way I felt when I heard “The Jacket” on Ashley McBryde’s album last night, it jumped out of the iPhone, from Spotify to me. I can only describe the feeling, of being rooted, of being alive, the way the changes integrated with me.

And then it got better.

It ain’t much to look at, but he let me have it
So I could feel his arms around me in that old
Jean jacket
Jean jacket

What a closer! A story of life in two minutes and forty seconds. I had to play it again, immediately. That’s what a hit is.

That’s why country radio should play this record, because the format’s based on callout research, on females, even though it rarely plays women on the stations. It’s not about formula, it’s about a feeling. And you cannot help but feel warm and fuzzy and alive when you hear “The Jacket.”

We strung four miles of barbed wire in Corinth, Mississippi
Spent a night in county jail with an old drunk and a hippie
It’s my heart on the sleeve, it’s my life in these patches
With his arms wrapped around me in that old jean jacket

Your history is in your clothes. Even if you can afford new ones, you like the old broken-in ones, they’ve seen so much, they’re part of you.

This is songwriting, it’s personal, it’s located in time and space, you can visualize it, and it’s got an emotion that trumps all other art forms when done right.

This is a winner.