By Emmanuel Legrand, Legrand Network | Starting on January 1, 2021, the provision in the Music Modernization Act of 2018 (MMA) establishing a new blanket mechanical license covering the use of musical works in the US by eligible digital audio services will come into force. It will replace the previous system which required digital services to obtain licenses from all rights holders to operate.

From Jan.1 too, the Mechanical Licensing Collective (The MLC) will start operating officially to administer the blanket license. It will work alongside the Digital Licensee Coordinator (DLC), which regroups the digital audio services that will be operating under the new blanket license.

The MLC said that the arrival of this new blanket licensing system “will mark the beginning of a new era of greater efficiency and transparency in mechanical licensing for musical works in the United States.” The organization has been building up throughout 2020, and operating mostly virtually due to the pandemic.

A new DDEX standard
The MLC recently conducted a webinar to explain how large owners of compositions can access bulk data, as required by the MMA, which specifies that The MLC has to make available its database in “bulk, machine-readable format through a widely available software.”

The MLC CIO Richard Thompson said the files would include data on musical works, data on parties (creators of musical works) and representatives (publishers, administrators or domestic and international CMOs), data on sound recording (and their link to musical works), data of products/releases (and their links to sound recordings). Not included in the package is payment information, such as bank details and payments made. “We are talking about data on catalogue rather than confidential information,” said Thompson.

The MLC has started to work in November 2019 with global music data agency DDEX, and went through a collaborative process to elaborate a standard applicable to The MLC data. “About 30 organizations have participated to develop the best standard,” said Thompson. The process was finalized in November and DDEX has issued a new standard named BWARM (Bulk Communication of Works And Recording Metadata), that sits alongside other DDEX standards as well as borrowing from them “quite heavily.”
> > > > > > > > >

Some 112 data points
How it works to access the file? The MLC will take a “snapshot” of the data once a week and make available for download, via a log in on MLC site. “The first snapshot will be available early in January,” said Thompson, who indicated that the size of the file (25G) would require other software than Excel. Each snapshot contains all the data, including data pertaining to unclaimed works, and it cannot be tailored to specific needs.

The webinar gave a sense of the complexity of the data collected. Datasets contain all rights holders and their percentage of ownership and multiple links between datasets. Musical works listed in the database come from MLC members (publishers, administrators, songwriters or international CMOs) as well as from DSPs, which will provide The MLC with monthly reports of all the works used on the services during the period. “That’s a lot of sound recordings and the vast majority will come from that,” said Thompson.
> > > > > > > > > 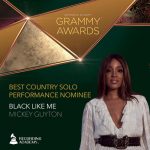 Next:
SONGWRITERS CORNER: Mickey Guyton: This Black Country Singer Wrote the Most Powerful Song About Race in 2020