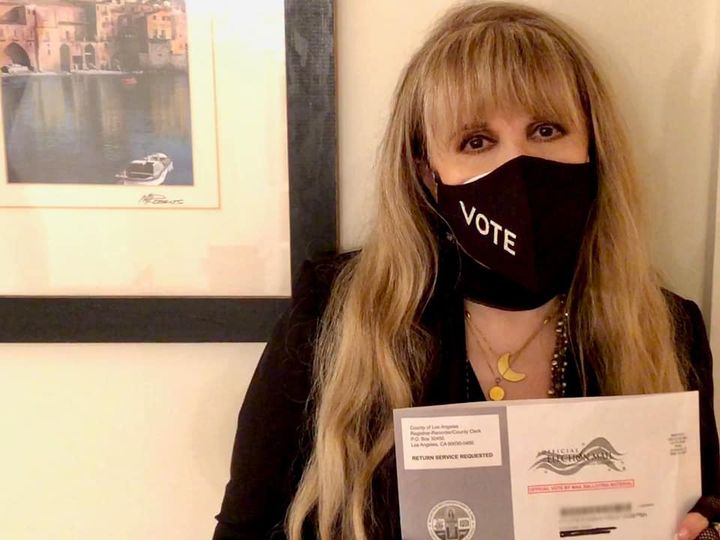 SONGWRITERS CORNER: Stevie Nicks on How She Wrote ‘Dreams,’ Her Signature Style, Book Plans and more 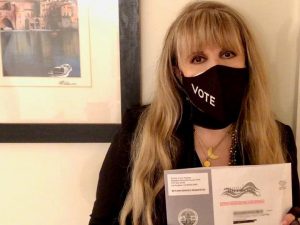 By Lyndsey Parker, Yahoo Music | To describe Stevie Nicks as a woman of many words — fascinating words — is a massive understatement. Whether it’s in the cosmic lyrics to classic songs like Fleetwood Mac’s “Dreams” (which is a bigger hit than ever, thanks to Nathan Apodaca’s TikTok skateboarding video); her eloquent, journal-like social media posts; her new fever-dreaming comeback single, “Show Them the Way”; or her utterly unfiltered interviews like the one below, Nicks is a brilliant thinker, a consummate storyteller and an absolute icon.

Leading up to the release of her film Stevie Nicks 24 Karat Gold The Concert — which will run for two nights only, on Oct. 21 and 25, at select cinemas, drive-ins and exhibition spaces around the world — Yahoo Entertainment spoke at length with the two-time Rock & Roll Hall of Fame inductee about the secret “magic room” where she conjured “Dreams” in 1975, how she came up with her signature look, her friendship with Harry Styles, her admiration for Ruth Bader Ginsburg, why she’s happy being single, her COVID-era fears about never being able to perform onstage again and her hopes of compiling all her wonderful words into a book one day.

Yahoo Entertainment: Lately, you’ve been writing some very beautiful, heartfelt things on social media, almost like essays. And one that really struck me was you were expressing your fears about being able to return to doing what you love, which is performing live. It must be bittersweet to be releasing a concert film in the middle of a time when there are pretty much no concerts happening at all.

Stevie Nicks: Well, first of all, last February I had a talk on the phone with my friend Harry Styles — I call him “H” — about when we could perform together again, because I had just sung with him at the Forum, and it was so much fun. And he said to me, in all of his 26-years-old-ness, “Stevie, I think it’s going to be a long time before we can walk onstage again. I don’t think that we will walk onstage again until the end of 2021, and maybe not until 2022.” And now I’m like, “Oh my God, this man is more psychic than I am!” Damn, if he wasn’t right. So the thing is, is that, are we sad? Yes, we’re devastated. I turn the television on for 15 minutes and it’s showing every single state and the upticks in every single state, still going up. Like, what the hell? This is terrible. We were hoping that by this time we would be at least getting closer to being able to go back out and at least do outdoor festivals. But you know what? We’re not Donald Trump. We can’t put people in danger, and we never will put people in danger because of that. We’re not going to take people into a big venue like the Forum and take the chance that they’re all going to come down with this virus in six weeks. So, honestly, I don’t know what the future holds.

As soon as I found out about [the coronavirus], I said to the world and to God and to everybody else: “Listen, I’m not getting this. I am not going to get those little blood clots that form in everybody’s organs. I am not going to have a stroke. I am not going to have a heart attack. I’m not going to have brain fog for the next five years of my life. I am not going to be made into an invalid at 72 years old.” So I have, like, put a thin plastic shield of magic safety around me, and I’m really super-careful. I immediately started out that way, stomping my foot and saying, “Not me!” … For me, as a 72-year-old woman, I feel like this is the last six or seven of what I call the useful years of my life, and I think this virus has stolen time from me. And that really makes me angry, because I thought I took pretty good care of myself, my whole life — I mean, I got to 72 and I’m still wearing six-inch heels, and I can still get away with wearing a short chiffon skirt onstage if I want. And now, guess what? You’re slammed into a house for two years and you can’t go out and you can’t do anything. How could this have happened? How in the world did we get here? 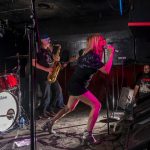