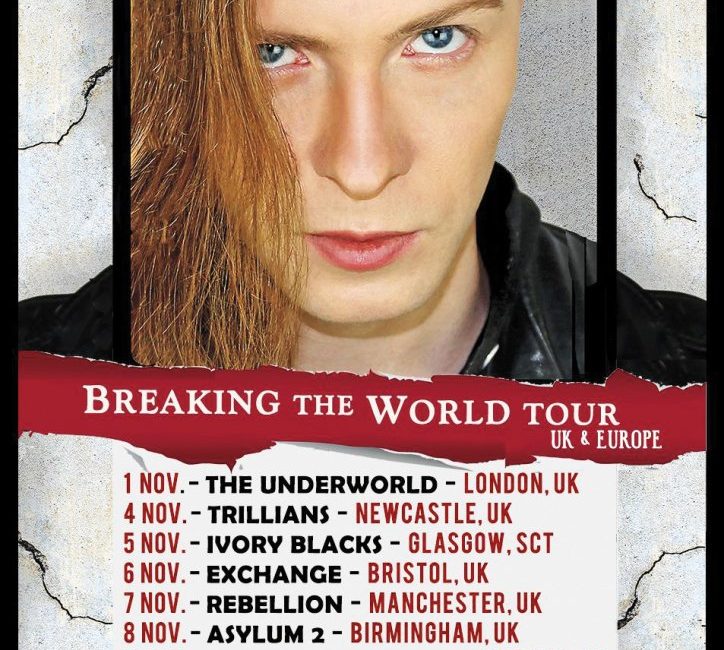 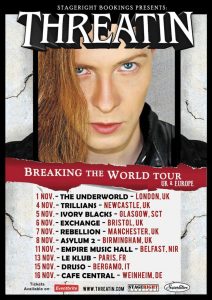 By David Kushner, Rolling Stone | A few days before Thanksgiving 2018, Jered “Threatin” Eames, a waifish, black-clad 29-year-old with a whip of Ariana-length hair, sinks into his hotel-suite chair in West Hollywood. He looks pale and sickly, recovering from a 13-hour Frankfurt red-eye and the craziest week of his life — when he tried living out his rock-star fantasy but was exposed as an enigmatic trickster. “There was no way that I was going to get enough attention being a rock artist in 2018,” he says, “unless I did something to get people to pay attention.”

That November, managers of rock clubs across the United Kingdom began sharing the same weird tale. A pop-metal performer, Threatin, had rented their clubs for his 10-city European tour. Club owners had never heard of the act when a booking agent approached them promising packed houses. Threatin had fervent followers, effusive likes, rows of adoring comments under his YouTube concert videos, which showed him windmilling before a sea of fans. Websites for the record label, managers and a public-relations company who represented Threatin added to his legitimacy. Threatin’s Facebook page teemed with hundreds of fans who had RSVP’d for his European jaunt, which was supporting his album, Breaking the World.

But despite all the hype, almost no one came to the shows. It was just Threatin and his three-piece band onstage, and his wife, Kelsey, filming him from the empty floor. And yet Threatin didn’t seem to care — he just ripped through a set as if there was a full house. When confronted by confused club owners, Threatin just shrugged, blaming the lack of audience on bad promotion. “It was clear that something weird was happening,” says Jonathan “Minty” Minto, who was bartending the night Threatin played at the Exchange, a Bristol club, “but we didn’t realize how weird.” Intrigued, Minto and his friends started poking around Threatin’s Facebook page, only to find that most of the fans lived in Brazil. “The more we clicked,” says Minto, “the more apparent it became that every single attendee was bogus.”

It all turned out to be fake: The websites, the record label, the PR company, the management company, all traced back to the same GoDaddy account. The throngs of fans in Threatin’s concert videos were stock footage. The promised RSVPs never appeared. When word spread of Threatin’s apparent deception, club owners were perplexed: Why would someone go to such lengths just to play to empty rooms?

The rest of the tour was canceled, and Threatin disappeared without an explanation. The bizarre story quickly went viral, spreading from metal sites to The New York Times, which called it “a most puzzling hoax, even for 2018.” Through it all, Threatin remained silent, except for one social media post: “What is Fake News?” He wrote, “I turned an empty room into an international headline. If you are reading this, you are part of the illusion.” That much is true. In an age when artists struggle to get noticed, this mysterious headbanger grabbed the spotlight with one of the crazier publicity stunts of recent memory.

When I ask Eames, who’s meeting with me to break his silence for the first time, he cops to it all: an audacious Hail Mary from a down-on-his-luck Midwestern death-metal artist who had tried and failed to make it the usual way. So he decided to fake it instead. “It’s a publicity stunt,” he says, “but the music is very real.”

Eames had no illusions about growing up in Moberly, Missouri, a blue-collar burg of 13,000. “The first thing you see when you pull into the town is a tall hill that has a graveyard,” he says. “Every time I would leave town or pull back into town, that would make me think, ‘This is the perfect metaphor for this place — I do not want to die here.’?” Eames, whose father is a drug-and-alcohol counselor, vowed to make it out ASAP. “My entire existence was trying to figure out how to get away,” he says. 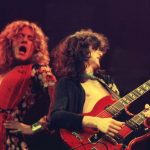 Next:
SONGWRITERS CORNER: Did Led Zeppelin steal ‘Stairway To Heaven’? The Copyright Saga is Finally Over