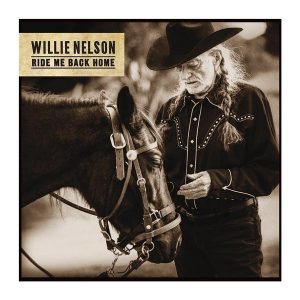 By Amanda Petrusich, The New Yorker | Well, you can’t make a record if you ain’t got nothin’ to say,” Willie Nelson sings on “Shotgun Willie,” the opening track from his LP of the same name, from 1973. Nelson, who turned eighty-seven in April, has released seventy full-length records since his début, in 1962, and doesn’t seem anywhere close to running out of material. In September, he published “Me and Sister Bobbie,” a memoir co-written with his older sister and longtime piano player, Bobbie Nelson. Through alternating chapters, the Nelsons tell the story of how they were brought up by their grandparents in the tiny town of Abbott, Texas, and the decades of triumphs and devastations (romantic, professional, familial) that they helped each other through. Nelson has published memoirs before (his first, “Willie: An Autobiography,” was released in 1988, and his most recent, “It’s a Long Story: My Life,” came out in 2015), but “Me and Sister Bobbie” feels especially tender and intimate. While music became a lifeline for Willie, Bobbie, who is now eighty-nine, suffered deeply for her art. In the nineteen-fifties, she briefly lost custody of her three sons, after her in-laws successfully argued that she spent too much time playing music with her brother. “Women were made to be homemakers. Women weren’t meant to make music,” she writes. “This sharp-tongued lawyer called me the kind of woman whose only means of earning a living was playing piano in honky-tonks. He referred to me as a harlot. I broke down in tears.”

Although Nelson is now one of the most beloved and iconic figures in American music — the bandanna, the braids, the ever-present haze of marijuana smoke — he didn’t find real success until he was in his late thirties. “I’d been struggling like the dickens to make some money at the music game and failed miserably,” he writes. Part of what makes Nelson’s music so resonant across generations is his deep and visceral connection to failure — he understands, on a cellular level, what it feels like to lose a partner, your house, all your money, those big dreams. Before he moved to Nashville, in 1960, he worked as a radio d.j., pumped gas, did heavy stitching at a saddle factory, worked at a grain elevator, and had a brief gig as a laborer for a carpet-removal service. He eventually discovered that he had an uncanny aptitude for hocking encyclopedias door to door. “Folks I was selling to were living in bare-bones apartments. Many were scraping by with hardly any food in the fridge. Then here comes this slick-talking Willie saying that, for only the daily price of a pack of Camels, the whole world of knowledge would open to them,” he writes. Nelson felt too guilty about the entire enterprise and quit. (He still jokingly refers to himself as a better con man than musician.) Once he arrived in Nashville, things didn’t click into place overnight. One snowy evening, he recalled, he lay down in the middle of the street, “half hoping a car would ride over me.” None did. “I had to get up off my ass and, like everyone else in this cold world, keep on trying to figure out how to make a living.” Nelson and I spoke on the phone in mid-October. In conversation, he laughs often and loudly. It is a sweet and welcome sound.

In “Me and Sister Bobbie,” you write that you were “born restless. Born curious. Born ready to run.” Has it been challenging for you to be grounded these past few months?

Read the rest of this really interesting interview here:
https://www.newyorker.com/culture/the-new-yorker-interview/willie-nelson-understands

Amanda Petrusich is a staff writer at The New Yorker and the author of “Do Not Sell at Any Price: The Wild, Obsessive Hunt for the World’s Rarest 78rpm Records.” 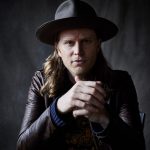 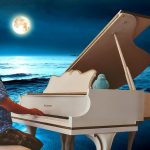 Next:
SONGWRITERS CORNER: Watch out! Stan Monroe is Thinking Again!