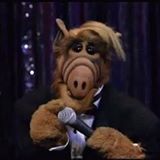 OK, these #Virtual45plus1 performances have been a lot of fun, and I’m still going to be doing more of them. But I’d like to try something else as well.

Rick gave me the idea, and I’m trying to flesh it out a bit. It’ll be like the “Frankenstein bands” that I had at the Halfoween shows, but even next level. To wit, the band members won’t even know who’s in the band with them! Perhaps we can call them “Blindfolded Bands”.

Here’s how it would work. I would get a “pool” of interested musicians – all of which could record their instrument. Then I’d create a “band” out of them – drummer, bassist, guitarist, keyboardist and vocalist. (For instance.) I would NOT tell them who was in the band with them. Then I’d send each of those musicians a list of (say) ten songs, and ask them to rank the songs from 1 to 10. The song that performed the best among all five musicians would be the one that they would do. I’d send them an mp3 of that song, and they’d perform along with it – basically going along with the record, but perhaps adding a flourish here or there as they saw fit. I’d then take all five performances and mix them down into a new rendition of the song, and post it online.

UPDATE: OK, seems like there’s interest – awesome! See my questions in my response below.

Thoughts? Would this work? Would people be down for this, do you think?

Anyone have a better name? I don’t hate “Blindfold Band”, but it seems like there should be a better one.

Next, where should I post this so it gets the most peepers? I’d like to have a deep pool so I can put together as many “bands” as possible.

Thirdly, if you ARE interested, either respond here with your instrument(s) of choice (including vocals and/or MCing), and I’ll add you to the list!

UPDATE: OK, seems like there's interest – awesome! See my questions in my response below.OK, these #Virtual45plus1… 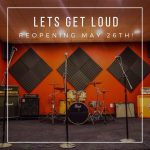 Next:
NEWS: Higher Ground Rehearsal Studios in Fort Collins Will Reopen May 26th