Sync Licensing = the placement of music in film, television, video games, advertisements, and other media | Detroit-based sync licensing agency Assemble Sound is opening up their roster to Northern Colorado artists for the first time by way of a partnership with The Music District. Assemble Sound has worked with companies such as Chevrolet, the E! Network, Hulu, and Best Buy – now’s your chance to pitch your music to join this roster.

If your submission is selected, you will join Assemble Sound’s roster of artists to be pitched for sync placements. Those who are not selected will meet with Assemble Sound and Music District staff to plan what they need to do to be sync ready and reapply. Every artist who applies will receive a consultation and feedback about their submission.

Sign up for our sync licensing newsletter to be the first to know of events and announcements.

Join us October 29 for our kickoff event: The Launchpad: Sync Licensing. You’ll hear from industry insiders on how you can break into the sync market, and during the panel you will have the first chance to apply for sync representation from Assemble Sound.

Be on the lookout for more events, workshops, and more as we prepare artists to be sync ready!

Sync licensing – or the placement of music in film, television, video games, and advertisements – can be a huge asset in an artist’s career, but the sync world is often difficult to navigate without the proper network, music supervisor-friendly tunes, and business acumen required.

Immediately following the panel, Northern Colorado musicians will have the opportunity to apply for sync representation with Assemble Sound. Assemble Sound is headquartered in Detroit and offers Music Supervision services sourcing sounds from music providers across the globe, representing local composers for original compositions as well as music licensing efforts, and pitching songs made by independent artists for sync opportunities.

For the first time ever, Assemble Sound is opening their catalog to independent artists in the Northern Colorado region by way of partnership with The Music District.

Assemble Sound has worked with companies such as Hulu, Samsung, Apple, Red Bull, and others, and they have successfully placed songs on shows including Hulu’s Shrill, TBS’ The Last O.G., and the E! Network. They work alongside indie artists, composers, and sound designers from all genres and backgrounds to create original music for commercials, films, and tv shows. Check out their portfolio page to see our most recent placements: http://www.assemblesound.com/work.

Chip Herter is an accomplished music producer and seasoned ad agency supervisor, excelling in a diverse range of leadership roles within his industry. He brings creative expertise and practiced industry experience to the table, partnering on creative music solutions for clients such as Nike, Google, Clash Royale, Taco Bell and Coca-Cola.

After earning a BFA in Film & TV Production from Chapman University, Herter followed his lifelong passion for music to work as a Music Producer at Crispin Porter + Bogusky. He honed his craft and his talents by pairing musical accompaniment with top-tier ad campaigns for clients such as Coca-Cola, Microsoft, Best Buy, Kraft and Dominos, among others. In 2014, he launched full-service musical supervision company SYNC or SWIM, providing custom and licensed pieces for advertising, film, TV and new media projects. He has managed music licensing and prepped client presentations for projects with such artists as Post Malone, Alt-J, Run DMC, The Hives, Best Coast.

Fabian Halabou is a Detroit-based music supervisor with 20 years of experience in the music industry. He currently freelances with multiple clients, most recently producing work for Nike and Best Buy.

He began his music supervision career with the Detroit advertising agency Doner before running the Midwest office for sister companies Future Perfect and Little Ears. There, he collaborated with directors, creatives, and composers to create award-winning content with both original and licensed music.

Notable clients over the years include Nike, Apple, Calvin Klein, Gillette, Chrysler, Jeep, JBL, and Samsung, among many others. His years of expertise have earned him spots on several international panels including South by Southwest, Canadian Music Week, Pop Montreal, and Vill Vill Vest. He enjoys sharing his knowledge and passion with the next generation of musicians and creative professionals.

Nicole Churchill is a partner and co-founder of Assemble Sound and acting Director of Music Supervision & Licensing. Most recently her work centers in placing independent artists in film, television, commercials & video games for an international array of clients like HBO, Ford, Hulu, ESPN, Sony Pictures, MTV, etc. With a background in film advertising and catalog curation, Nicole gets to blend the best of her career’s experience for creatives currently based in the Detroit area. In her non-existent spare time she is the Detroit representative for Musicians on Call and an active member within the Guild of Music Supervisors. 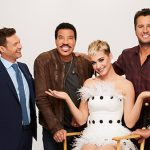 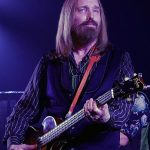 Next:
SONGWRITERS CORNER: A Look at Artists Who’ve Objected to Trump Using Their Songs