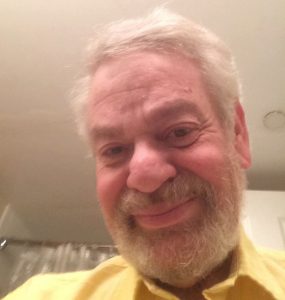 Allan Roth – Best Friend to So Many Musicians

From Chris Daniels on Fb, 5/24/19: We lost one of the greats of Colorado Music this week. Allan Roth gave so many of us our start, Freddi & Henchi, Chris Daniels & The Kings, Big Head Todd & The Monsters, The Subdudes, Hazel Miller, The Samples, and so so many more. From Skunk Creek in Boulder to the creation of Herman’s Hideaway (out of an old south-Broadway drinking bar), nobody championed Colorado music, musicians and the scene than he did. I will always remember the first time The Kings played Herman’s when we brought in our PA … those were wild times. He always cared about us, you felt the love. And he loved the people who came every night to support the music. We have lost one of the best. Send peace and love to his family and all those who loved him and Colorado Music. Everyday is a gift. Big hugs CD

Long before South Broadway had its share of music venues, Allan Roth started booking bands at Herman’s Hideaway in the early ’80s. Allan, who died at age 79 on May 20, named the spot after his father, Herman, who had owned the bar for the previous two decades under the name Cunningham’s Lounge.

The transition from a drinking man’s bar to a music venue in 1982 was a tough one, Allan’s son Mike Roth says. When the bar started offering live music, some regulars, who had been going there for twenty years, couldn’t care less about the bands Allan brought in.

“But one of the smart things my dad did was name the place Herman’s,” Mike adds. “I know that it bought him some time. It was a little less likely for my grandpa to pull the plug on it when it’s named after him. But once it did, my grandpa got on board full-force.”

Mike says his father eventually started packing Herman’s, and it got to the point where they had to expand and remodel. Herman had also owned the storefront to the south of the bar.

“My grandpa made money off renting it to Denver Piano,” Mike says. “So there was some point where my grandpa decided that it’s more valuable to give my dad more space than to have the guaranteed money come in from Denver Piano.”

A few remodels in the late ’80s and early ’90s took Herman’s to the size it is today. As it grew, Allan began bringing in bigger acts, like Phish, which played its first Denver show there, Blues Traveler, Widespread Panic, Faith No More and Jane’s Addiction.

Mike started working at a desk next to his father’s at Herman’s in 2001, two years after Herman passed away. He now runs the venue and attributes some of its success to the way his father treated bands.

“I think he was really able to connect with the bands,” Mike says. “I don’t really think at that time there was a place where bands could play where they could also get some advice and ask the owner, ‘Hey what does it take to be successful?’ Of course, it was always in our best interest to educate the bands, and that’s one of the things my dad taught me, just like, ‘Hey, have a real conversation with the band. Figure out where their people are coming from. Ask them questions. Listen to them.’”

Another thing Allan did to get people in the door early on was print free tickets and offer them to bands to hand out.

“He would go to this ticket-printing shop once a week or sometimes five times a week and do these really old-school Herman’s tickets,” Mike says. “And that was kind of new to the game a little bit. I think flyering the town and those kinds of things were happening, but when my dad really brought along the bands using the tickets, not to pre-sell it but to just give it away — it really helped. The free tickets really helped build a scene. Not everybody wants to pay $5, $10, $15 to see a band that maybe they work with or they don’t know very well.”

That strategy helped bridge the gap from the bigger, more expensive shows to local fare, and it was a way for Denver artists to make money while also drawing a crowd.

Mike says his father was able to build up acts to be headliners, like Big Head Todd & the Monsters, whose song “Bittersweet” was playing when Allan died, surrounded by his family and friends.

Mike says his father’s approach was to build actual relationships with people when booking bands, not just do a cattle call.

“It’s more about the relationships,” he says. “It’s more about the journey. And just enjoy it. And work with the people you want to work with, just be an honest person. Don’t rip people off. He always taught me that if a band’s complaining about not having an extra $100 or $200, it’s way better to just give them the $200 and never have them play again, because burning one bridge, you know, leaving one person out there that is talking bad about you can hurt you more than you ever really imagine.”

Previous:
THOUGHTS and PRAYERS: Joe McDaniels, Father of Family Shot & Killed in Englewood, was a Musician
Next:
INTERESTING BITS: From Stan Monroe on Facebook: Confession: