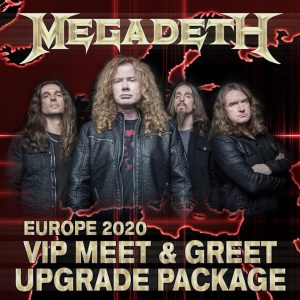 By Joe Divita, Loudwire | Just under five months after publicly announcing that he had been diagnosed with throat cancer, Megadeth’s Dave Mustaine has finished undergoing treatment.

The Megadeth mainman has been uncharacteristically quiet online since his diagnosis, focusing on his treatment regimen. In September, the singer and guitarist issued a statement on his progress, expressing that doctors were feeling “very positive” about it all as he rounded the corner on his final round of treatment and now bassist David Ellefson has confirmed that treatment is through.

“With Dave’s throat cancer treatments that he has now completed — and he’s just going through the recovery now — we’re hopeful and optimistic about a full recovery for him with that,” he told Pomelo Rocker in a recent interview. “Once he’s through that process, we’re gonna just let that take as much time as it needs,” he continued, “and then we’ll resume with the album.”

The band has long been at work on the follow-up to 2016’s Dystopia, which picked up a Grammy for Best Metal Performance for the title track, marking the first time Megadeth have taken home the coveted award. The expectation of a 2019 release was pushed back and, as far as we know, nothing has actually been recorded yet.

Ellefson forecast when this new record could arrive, expressing, “I’d like to hope maybe 2020 we’ll be able to get a new album out.”

Megadeth are striving for a return to the stage in January as they’re set to head to Europe for a tour as special guests of headliners Five Finger Death Punch.

The announcement was slightly controversial as some fans expressed their disappointment online that Megadeth weren’t the headliners. Ellefson said in another interview that they’re friends with Five Finger Death Punch, acknowledging the band’s hard work and success, and noted the benefit of Megadeth joining a tour like this as they aim to play bigger shows in Europe aside from festivals.