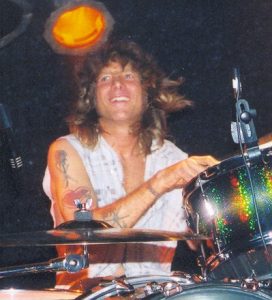 By Robyn Merrett and Joelle Goldstein, People | The Los Angeles Police and Fire Departments both responded to the incident on Thursday and confirmed that a patient was transported to a local hospital

Officer Jeff Lee with the Los Angeles Police Department tells PEOPLE that local authorities responded to a call on Thursday shortly after 6:30 p.m. for a possible suicide attempt at a Studio City, California, home.

“Upon arrival, LAPD officers determined that there was no crime and the incident was being treated as a medical emergency only,” Lee tells PEOPLE. “The subject was transported to a local hospital with a non-life-threatening injury.”

A spokesperson at the Los Angeles Fire Department also confirms to PEOPLE that they were called to the address for a possible stabbing and transported one patient to the local hospital via ambulance.

A representative for Adler, 54, did not immediately respond to PEOPLE’s request for comment.

News that Adler had been rushed to the hospital was first reported by TMZ. According to the outlet, no one else was involved with the incident.

The group went on to release their debut album Appetite for Destruction in 1987. The project has sold over 28 million copies worldwide.

Over the years, Adler has publicly struggled with substance abuse.

Trouble began for the star during December 1987 when the group was forced to replace Adler while on tour after he broke his hand following an alleged brawl, Rolling Stone reported.

Adler was absent from the group again in 1989 during the American Music Awards. At the time, it was said he was missing due to the flu, but it was later revealed that Adler was in a drug rehabilitation program.

Adler was later kicked out of the group in 1990 over his drug use, according to Rolling Stone. However, he was able to rejoin the band after signing a contract that he would refrain from drugs.

He was then fired again from the group that same year after his addiction grew out of hand.

Five years later, Adler was arrested at his Calabasas home on a felony charge of heroin possession, the Los Angeles Times reported at the time.