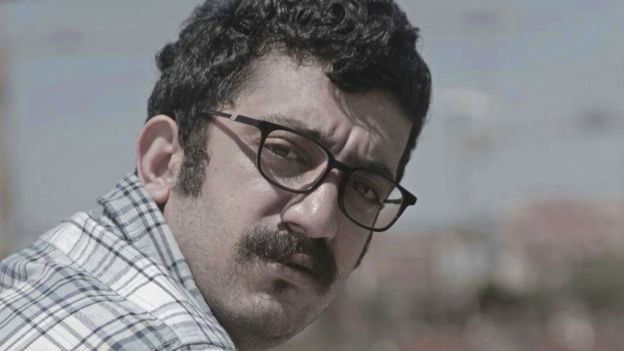 Home Thoughts and PrayersTHOUGHTS and PRAYERS: Mehdi Rajabian Was Sent to Prison for Making Music – But He Says That Won’t Stop Him

THOUGHTS and PRAYERS: Mehdi Rajabian Was Sent to Prison for Making Music – But He Says That Won’t Stop Him 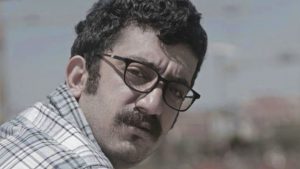 Mehdi Rajabian: “In the Middle East, an instrument can be as powerful as a gun.”

By Mark Savage, BBC music reporter | Mehdi Rajabian could be arrested at any moment. The 30-year-old has already been imprisoned twice for making music the Iranian authorities considered unacceptable.

The first time, he was kept in solitary confinement for three months – but the second saw him jailed for six years and forbidden from engaging in musical activities forever.

Currently on probation, he’s continued to make music in defiance of the regime’s ban. The result is an album, Middle Eastern, that was released by Sony Music last year.

Recorded in secrecy, it features contributions from almost 100 artists in 12 countries, including Syria, Yemen, Jordan, Lebanon and Iraq. Many of the musicians faced similar persecution to Rajabian. One of the songs was recorded during an air strike, another by a fleeing refugee in a boat.

Each track is accompanied by a painting from Kurdish artist Zehra Dogan, who was herself imprisoned for nearly three years for making art that offended the Turkish government.

And yet, the message is one of peace and unity. Working together in isolation, these disparate artists have crafted an enthralling and moving portrait of the region’s music.

“I feel like, in this period of time and history, Middle Eastern countries needed a project like this,” Rajabian tells the BBC via a secure messaging app from his home in Sari, in the north of Iran.

“Middle Eastern inhabitants are all tormented by the same pain… but music is a common language we can use to convey our sufferings.

“This project is a ‘no’ to war, meaning any kind of war and human rights oppression.”

Inspiration for the album arrived during Rajabian’s second prison term, when he was forced to share a cell with Somalian pirates.

“They would sing me their folk music,” recalls the musician, who still has some handwritten poetry from their leader, “one of the 10 most violent men in the world”.

The experience taught him that music can’t be suppressed, even when you lock up the musicians.

“That’s why I wrote a project for freedom and peace in prison,” he says.

Rajabian’s ordeal began in 2013, when the Islamic Revolutionary Guard raided his office, shut down his recording studio and confiscated all his hard drives.

Back then, he was running a record label that championed female musicians, and was working on an album, The History of Iran Narrated By Setar, which he described as being about the “absurdity” of the Iran-Iraq war.

Accused of distributing “underground music, including many whose lyrics and messages were deemed offensive to the Iranian authorities or the country’s religion,” he was sent to prison. Rajabian says he spent 90 days in solitary confinement, blindfolded and unaware of his surroundings.

He was eventually released on bail but, in 2015, was arrested again – this time with his film-maker brother, Hossein Rajabian – and sentenced to six years in prison, after a three-minute trial.

After the 1979’s Revolution, Ayatollah Ruhollah Khomeini banned the broadcast of music on TV or radio, arguing that it made the human brain “inactive and frivolous”. Only revolutionary music and religious songs were considered permissible, and almost all Iran’s pop singers left for the USA.

Gradually, classical Persian music, under the banner of Sufi music began to resurface. But in the 1990s, a parallel Iran was developing under the skin of the major cities, with young people crafting their own instruments and making their own unofficial songs (which were only broadcast on the BBC Persian request programme).

In early 2000, after a relaxation on the laws around music, the pop market opened up in Iran and, through the internet, underground music which was percolating behind closed doors began to spread out. Bands were playing rock, fusion, rap and alternative folk. And they all talked about a different Iran, an Iran that wants to be modern and level with the rest of the world.

Mehdi Rajabian is from the later generation of these Children Of The Revolution – and an important underground voice in Iran’s music scene.

The musician is motivated by hope and a determination to use his music as a “flashlight” in the darkness.

“In the Middle East, an instrument can be as powerful as a gun, and as forbidden as carrying one,” Rajabian explains.

“In a society where inhuman incidents are happening everywhere, art can record and echo [them] in history. Art exposes truth – and doing so always comes with consequences [in] totalitarian regimes and dictatorships.

“In the first step, the artist loses their normal living situation due to the pressure the regime applies to them, then they get them destroyed – but the outcome is people being aware. This brings light to society, so they would stand in front of the system as well.”

Rajabian is putting his life on the line in pursuit of that goal – but he truly believes his efforts will make a difference.

“No power can stop independent art,” he concludes.

“Art is my weapon and I stand before any power.”

[Thanks to Ben Makinen for sending us this article: http://www.benmakinen.com] 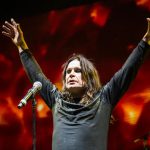 Next:
INTERESTING BITS: Stories Worth the Read: Band Noise; Arts Organizations Get Grants; and Fantasy Football for Music