Home Thoughts and PrayersTHOUGHTS and PRAYERS: Musicians at State Opera play on during Vienna attack

THOUGHTS and PRAYERS: Musicians at State Opera play on during Vienna attack

By Reuters Staff | Vienna, Austria – Four musicians from the orchestra of the Vienna State Opera continued to play on Monday night after their audience was told it was not safe to leave because a gunman was on the loose outside.

Video footage posted on Twitter by a member of the audience shows a string quartet playing Austrian composer Joseph Haydn’s “Kaiserquartett” to those remaining in the auditorium.

A spokeswoman for the Vienna State Opera said management had been informed by police during the interval of Monday’s performance of operas “Cavalleria Rusticana” and “Pagliacci” that there were attacks taking place outside the State Opera House in central Vienna.

They had a sold-out crowd of 1,000 guests on the last night before a new COVID-19 lockdown took effect.

“We considered whether we should interrupt the performance or not. But we decided that would make no sense. If people weren’t allowed to leave anyway, why should we stop early?”

They completed the operas and after two curtain calls the State Opera’s director went onto the stage.

“He described what was happening – that there were terror attacks in the city, it was forbidden to leave and the doors were locked, people must stay inside, but we would be opening the refreshment areas and do everything to keep people comfortable.”

The spokeswoman said she was amazed at the audience’s response.

“There was no panic at all. The people either remained sitting quietly or went to the refreshment areas.”

At about 11 p.m. a few members of the orchestra came back into the pit to give the spontaneous Haydn performance.

“There were only a few people left in the auditorium but they clearly enjoyed it.” 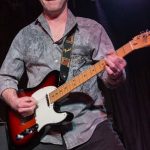