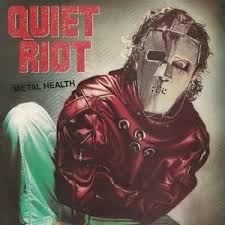 From Diane Robinson: Quiet Riot drummer Frankie Banali battling stage four pancreatic cancer since April 17th | Quiet Riot‘s long-time drummer Frankie Banali has finally revealed why he has been missing some of the band’s gigs in the last six months. The news comes just one day before Banali is scheduled to do a possible round of interviews in support of Quiet Riot‘s new upcoming album Hollywood Cowboys, which will be released via Frontiers Music Srl on November 8, 2019. Unfortunately, Banali has shared some rather sad and grim news.

The following message was posted on Rock Talk with Mitch Lafon‘s Facebook page earlier this morning:

“I’ve been asked by Frankie Banali to share the following message:

I just want to let all of my friends and fans know what’s going on with me and why I have unfortunately missed some appearances this year. Since April 17th I have been battling stage four pancreatic cancer.

The original prognosis was very scary. I had quite a battle on my hands and it took a lot, but I am thankful to say that after several rounds of chemo and other treatments I am on the mend. The road ahead is not going to be easy but cancer has met its match and I plan to continue fighting. I wish I could have been with you all at every Quiet Riot performance as this is the first time in 38 years I have ever missed a gig.

Please know that if I had been able to fly on a plane and play a show nothing else would have stopped me. I am feeling much better and stronger now.

I intend to play the Quiet Riot concert at the Whiskey A Go Go on Saturday October 26th and to continue touring in 2020 with Quiet Riot, so I hope to see you there. I appreciate all the fans that support Quiet Riot by coming to shows and I hope you will all continue that support as well as keeping me in your thoughts and prayers.

Back in September 2019, it was announced that lead vocalist James Durbin had resigned from Quiet Riot and was being replaced by Love/Hate frontman Jizzy Pearl. It is not publicly known whether Durbin knew at that time of Banali‘s cancer battle.

Previous:
THOUGHTS and PRAYERS: Guitarist Kevin Oser Reminds Us to Be Kind to Each Other – Because You Never Know
Next:
INTERESTING BITS: Stories Worth the Read: Meow Wolf CEO Vince Kadlubek Steps Down and more