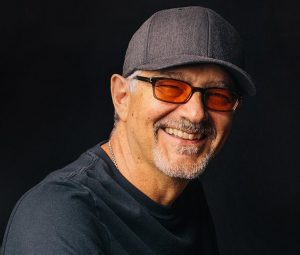 Scott Perry Roche passed away peacefully on June 13, 2018 in Boulder, Colorado, with his devoted family by his side. Scott was born in Detroit, Michigan on August 3, 1954 to Bill and Anita Roche.

Scott was passionate about music from an early age. He started his first band, The Vipers, in 1966 at the age of 12, in his mother’s basement. In 1972 Scott and a few close long-haired friends piled in a Volkswagen Beetle and found their way to Boulder, Colorado. With making music always on his mind, Scott took a job selling guitars and amplifiers at Nick The Greek’s music store on Pearl Street.

In 1974 he formed the band Beggar’s Opera, and later New Rain, with his soon-to-be wife, Patty Greer. Both bands were Boulder favorites and played frequently in the area. In 1982 Scott’s first daughter Katie was born, followed two years later by their second daughter Kelly.

In 1982 Scott founded Coupe Studios, a professional recording studio, and Out West Management, a musical talent management firm in Boulder. Scott built Coupe Studios into a thriving, profitable, award-winning operation that continues in Boulder today. With Scott at the helm, Coupe Studios produced countless film and television scores, radio commercials and record albums over 36 years. With his partners, he managed the careers of Rare Silk, Firefall, the Subdudes and Rose Hill Drive.

In 1992 Scott met the love of his life, musician and proprietress of Music Together of Boulder, Jane Simms. They married in 2001. As a couple they were deeply devoted to each other and their family and enjoyed hosting large parties that always included beautiful music making and an epic speech of gratitude by SPR.

Scott manifested his love of architecture and aesthetics by designing and building the existing Coupe Studios building and a number of homes in Boulder. A mentor to many and a friend to all, Scott was the center around which orbited a broad spectrum of creative talent. Scott was the rare combination of creative energy and keen business acumen. He was a mentor, advisor and consultant to anyone who asked for his help. He gave freely of his time and resources, not only to the creative music community, but to numerous volunteer positions and charities.

It should also be noted that he was an adept practical joker and many of his pranks are legendary. Scott’s passing leaves a great void that the Boulder music, film and advertising community will struggle to fill.

Scott is survived by his devoted wife Jane, and his loving daughters, Katie Roche of Denver and Kelly Sproul of Longmont, Colorado; his son-in-law Daniel Sproul and his beloved granddaughter Layla Sproul; his brothers Tom Roche of Bloomfield Hills, Michigan and Dr. Gregory Roche of Birmingham, Michigan; his step-brothers David Carnegie of Ann Arbor, Michigan and Doug Carnegie of Rochester, Michigan; his step-sister Linda Carnegie of Martha’s Vineyard, Massachusetts; and the scores of associates and friends who will dearly miss his energy, passion and love.

If there is music in the afterlife, there is no doubt that Scott will be producing it and requesting that the ensemble do “…one more take, please.”

A celebration of life gathering will be held in August. Please visit the Coupe Studios Music and Sound Design Facebook page for updates. Donations may be made to TRU Community Care at http://www.TRUcare.org or 2594 Trailridge Dr E, Lafayette, CO 80026 in Scott’s name.

From the Coupe Studios’ Facebook page: After a year long battle with cancer, our beloved founder Scott Roche has passed. Scott was a visionary in our industry, and built a business that allowed all of us in the Coupe family to make a living doing what we love. He was a friend and an inspiration to nearly everyone he met. A celebration of his life is being planned for later this summer.

Previous:
IN MEMORIAM: Elvis’ Longtime Drummer D.J. Fontana Dies
Next:
RESEARCH: She Faked a Rejection Letter From Her Ex-Boyfriend’s Dream School – Costs Her $265,000