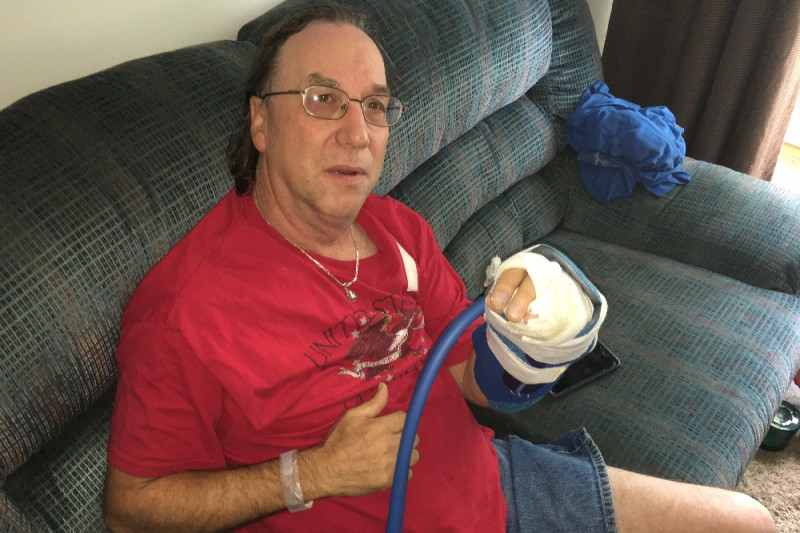 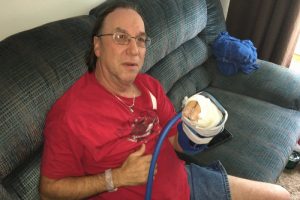 Guitarist Bill Wright with his smashed wrist in cast.

From Wild Bill on Fb, 6/28/17: My Dear Friends:…My great friend Bill Wright was hurt when a person with rage broke his wrist with a hammer while Bill was blocking an attempted assault to his head. Bill is a well known guitarist / working musician in Colorado. Please help my friend who ROCKS Colorado! Thank you!! (Bill W. says that the perpetrator has not been caught.)

In a road rage incident, an on-the-job worker attacked Bill with a hammer and broke his wrist.
The guy was aiming for Bill’s head but Bill was able to fend him off with his forearm.

His arm is in cast and he’s visiting a hand specialist. Bill requires using his hands for his living, contract painting, and for gigging on guitar.

Bill is generous to a fault, having hosted hundreds of fundraisers for others in need.

Now is our time to support him. He has no health or disability insurance. Please DONATE NOW to help with his medical bills and lost income.

Bill has had his faith in humankind shaken by this unprovoked attack. The attacker threatened his life, his livelihood and his music that he shares with us.

Please, whether you can donate or not, share a message of support for Bill as he recovers.
He needs that as much as any financial help you can find in your heart to share.

Thanks for taking the time to read this and for community sharing support, financial and moral.